How is Paytm’s IPO shaping up? 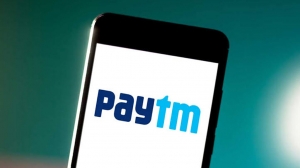 Paytm is the latest SoftBank-backed unicorn to head for the exit ramp. India’s most valuable startup is planning an IPO in the subcontinent later this year that will value the company at US$25 billion to US$30 billion and raise up to US$3 billion, according to Bloomberg. If the deal is successful, it may be the largest in India’s history.

In January, CEO Vijay Shekhar Sharma said that the company would consider going public once it reached profitability, but had no such plans for an IPO in the short term. Apparently, he has either changed his mind or Paytm is on track to reach profitability soon. In an interview with Reuters, Sharma did say that Paytm might turn profitable this year but he was non-specific about how and when.

Paytm’s revenue fell 11% to ₹3186.8 crore in the fiscal year ending March 2021 but it also managed to reduce its losses by 42% to ₹1701 crore, an improvement over the 2020 fiscal year, when the company cut losses by 30%. Research firm Bernstein estimates that Paytm could double its revenue to US$1 billion by FY2023, one-third of which would come from non-payments businesses.

Most likely, Paytm and its backers – who in some cases have been patiently for more than a decade for a solid return on their investments – are eager to make up for lost time (and years of losses) by speeding up the IPO process. If Paytm keeps kicking the can down the road, while remaining loss-making, questions could emerge about the viability of its business model. It will become harder for Paytm to compete with well-capitalized rivals that can raise cash cheaply in public markets, like Google, Amazon and Facebook. These are the same reasons that Grab, Gojek/Tokopedia and others are exiting this year.

To be sure, the India market’s fundamentals augur good long-term prospects for Paytm. There is a large unbanked and underbanked population; digital payments are booming and other segments of financial services are swiftly moving online. Covid has accelerated a digitization trend that emerged years ago. Credit Suisse reckons that India’s online payments market alone could grow to US$1 trillion by 2023.

However, the business model that its key backer SoftBank long championed put a premium on growth over profitability, which led Paytm to expand into a dizzying array of financial services segments, with none yet providing the secret sauce that turns the Indian fintech giant’s balance sheet from red to black. Indeed, Paytm has a foothold in everything from digital payments and POS machines to insurance and stock trading, but is not a clear leader in any of those segments.

In particular, Paytm lags behind both Walmart-backed PhonePe and Google Pay in the paramount UPI transactions segment. Paytm has just a 12% market share of India’s most important payments platform, while PhonePe has about 45% and Google Pay 34%. Paytm will not be able to close that gap easily. Instead, it will have to bet on winning a new umbrella entity license (NUE) and be able to attract more customers that way.

Paytm’s long-term prospects will hinge in part on regulatory attitudes. The company is currently barred from lending directly because it is considered a payments bank. Lending would be a more lucrative business for Paytm if it could loan directly to borrowers instead of working with middlemen, but it needs to become a small finance bank first. Paytm’s license for general insurance, which applied for after acquiring Raheja QBE last year, is also pending regulatory approval.