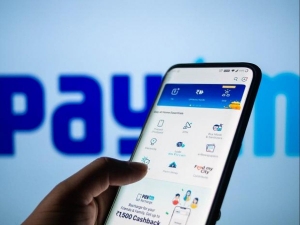 2021 will likely be remembered as the year that Asia’s fintech unicorns (ex-China) cashed out. India’s Paytm has become the latest high-flying fintech to cement its plans to go public, filing a draft prospectus with the Securities and Exchange Board of India (SEBI) for a deal expected to raise US$2.2 billion. The deal will be one of India’s largest of all time, including a fresh issue of US$1.1 billion and a secondary issue or offer for sale of the same size.

There are several sides to Paytm’s IPO story. Let’s start with the bullish one. That goes as follows: Paytm has built a financial services super app that offers everything from a payments bank and stock trading to wealth management and insurance. None of Paytm’s competitors in the Indian market have as large an array of services under the same umbrella. For instance, Google Pay and Walmart-backed PhonePe may have more users of their respective e-wallets than Paytm, but the Alibaba and Softbank-backed firm has many more digital finance revenue channels and can cross-sell the services in the same app.

As Bernstein Research puts it, “Paytm leads on merchant payments and has built an ecosystem of synergistic fintech verticals around its ‘super app.’”

The valuation and user numbers are impressive too. Paytm is valued at US$16 billion, has accrued over 333 million users, 114.3 million of whom transact annually, and brought onboard more than 21 million merchants.

On the other hand, the super app approach might indicate a lack of focus. Is Paytm a payments bank, a digital insurance seller, a stock trading app, or something else? The company’s continual launch of new services appears to be a tacit recognition that there is no clear path to profitability after all these years (Paytm was founded in 2009). Paytm is throwing things at the will and seeing if they stick.

At the same time, Paytm’s weakness on India’s paramount UPI payments platform remains a nagging problem. Google Pay has about a 45% share of that market, while PhonePe has about 35%. Paytm is a distant third with roughly 11%. Although Indian regulators have vowed to cap any single firm’s share of that market at 30%, it is unclear how the rule will be enforced.

It is hard to overstate UPI’s importance to India’s digital economy. No other payments ecosystem comes close in terms of transaction volume, and that has grown especially briskly during the pandemic. From April 2020 to March 2021, UPI transaction volume climbed from 996.6 million to 2.73 billion, an increase of almost 275%.

According to the payments and transactional services provider Worldline India, in 2020, UPI remained the top payment choice among consumers, with a 41% market share of person-to-merchant (P2M) transactions.

More in this category: « How is Paytm’s IPO shaping up? 2021 could be a record year for India's IPO market »
back to top