2021 could be a record year for India's IPO market 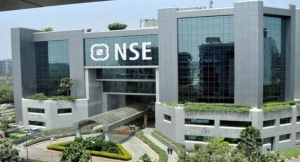 India’s tech sector has been booming for years, but it is only now that the growth is coming to fruition in the subcontinent’s capital markets. Many of the country’s most successful platform companies, like Zomato and Flipkart, and fintechs, like Paytm, are choosing to go public in 2021 and they are listing at home rather than on the NYSE or Nasdaq.

According to Bloomberg, as of mid-August US$8.8 billion had been raised in India IPOs this year so far, which is more than the total raised in 2018, 2019 and 2020 combined. If the current pace continues, 2021 will surpass the all-time record of US$11.8 billion.

A confluence of factors is responsible for the surge in the India IPO market. One is the steady digitization of the economy. E-commerce and fintech have been growing at a brisk pace in India for years now and have been supercharged by the pandemic. While most of the firms going public are loss-making, investors are betting that they can turn things around in the long run. After all, Amazon lost money for a long time, as did Facebook.

India is also a massive emerging market that excites global investors much as China did once upon a time. While China is cracking down on its tech sector, creating uncertainty in the business environment, India remains more open – with certain caveats, of course. “If global investors have to pick an emerging market, the balance is tilting in India’s favor after the regulatory action in the China internet ecosystem,” Pankaj Naik, an executive director at the consultancy Avendus Capital Pvt, told Bloomberg.

Because India has 35 unicorns and counting, the subcontinent’s deal pipeline could remain busy for years to come. Several of the most highly anticipated IPOs are fintech firms. In July, Paytm filed a draft prospectus with the Securities and Exchange Board of India (SEBI) for a deal expected to raise US$2.2 billion. That deal may end up being India’s largest of all time. Paytm is valued at US$16 billion, has accrued over 333 million users, 114.3 million of whom transact annually, and brought onboard more than 21 million merchants.

One outlier among forthcoming IPOs by Indian firms is Pine Labs. The provider of digital payments solutions to merchants, valued at US$3.5 billion, is reportedly planning to list in the US in the next 18 months. In July, Pine Labs closed a fundraising round that raised US$600 million from investors. Pine Labs’ investors include Temasek, Sequoia Capital, PayPal, Mastercard and Fidelity Management.

More in this category: « Here comes Paytm’s IPO Paytm IPO is shaping up to be a blockbuster »
back to top