Why are fintechs eyeing the Indian remittances market? 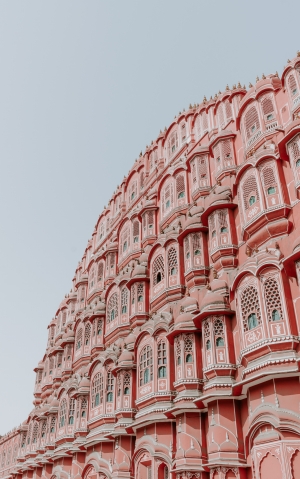 India is the world's largest recipient of remittances. In 2018, Indians overseas sent home a record US$79 billion, according to the World Bank. The majority of remittances to India originate in the wealthy Gulf states of the Middle East, where there are many Indian workers. The No. 2 source of remittances to the subcontinent is the United States, followed by the United Kingdom, Malaysia, Canada, Hong Kong, and Australia.

Given the size of India's remittances market, there is a significant opportunity for fintechs, especially as the typical cost of sending remittances remains high. Fintechs who could offer remittances on the blockchain for a fraction of the fee of banks or other transfer services could tap a potentially lucrative market.

World Bank data show that the global average cost of sending $200 remains high, at about 7%, as of the first quarter of 2019. The United Nations' Sustainable Development Goal is to cut remittance costs to 3% by 2030.

Banks are the priciest remittance channels, with their average fee at 11%. Banks’ ongoing efforts to reduce risk, in some cases closing accounts of some remittance service providers, are raising remittance costs.

Post offices are the second most expensive remittance channel, with a 7% fee. In many cases, remittances done through post offices include a premium in which national post offices have an exclusive partnership with a money transfer operator. In the quarter ended December 2018, that premium was roughly 1.5% globally and up to 4% in some countries.

“Remittances are on track to become the largest source of external financing in developing countries. The high costs of money transfers reduce the benefits of migration," Dilip Ratha, a scholar at the World Bank, said in an April press release.

India's Federal Bank, a private commercial bank in India, plans to cooperate with San Francisco-based fintech Ripple - using its network of banks and other financial institutions - in the Indian remittances market. At present, Federal Bank manages about 15% of the subcontinent's cross-border remittances.

In October, Western Union, which is in the midst of a global expansion drive, became the first money transfer operator to offer cross-border remittances via India's Unified Payments Interface (UPI), a state-backed real-time payment system. Under the tie-up with UPI, Western Union customers can send money into Indian bank accounts by using using the recipient's UPI ID alone. There is no need to provide bank account and routing information.

“We are expanding from our roots of creating one of the largest physical money movement networks covering the first and last mile in India to pioneering integration with India’s advanced real-time payments systems," Hikmet Ersek, chief executive officer of Western Union, said in a statement.

More in this category: « Contemplating a fiat cryptocurrency for India Some India fintech lending startups are getting aggressive about debt collection »
back to top