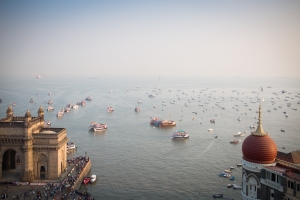 Yes Bank, one of India's largest private lenders, posted a US$2.5 billion loss in the October-December period as non-performing assets surged to 19% from just 2% a year earlier. To stymie further deterioration, the Reserve Bank of India (RBI) stepped in and took over Yes Bank in February. The bank's founder, billionaire Rana Kapoor, was arrested and accused of money laundering and taking kickbacks. Kapoor denies the charges.

Yes Bank's downfall is a cautionary tale of what can happen when a lender in an ascendant emerging market gets too big too fast, while taking on excessive risk. Yes Bank was the most gung-ho of India's non-public lenders established in the past two decades. Deep-pocketed foreign investors liked its focus on growth, which helped Kapoor and his colleagues ensure a steady flow of funding.

In a March report, The Financial Times noted that Yes Bank engaged in some risky practices common among Indian banks in both the public and private sectors. Those included making large loans against collateral of uncertain value, for instance "personal guarantees" by tycoons.

At the same time, Yes introduced some unorthodox lending practices of its own. Besides interest rates, Yes also charged some borrowers one-time fees in exchange for extending loans. The fees were sometimes very high, but if borrowers agreed, Yes was, more often than not, willing extend credit to them. That likely encouraged the bank to take on some risky customers which may have been unable to get loans from Yes's competitors.

To be sure, Yes did not grow on the back of risky lending practices alone. The bank also made some savvy moves, in particular betting big on digital banking infrastructure. It was among the most proactive of Indian lenders in adopting the government's UPI interface for digital payments.

As India pushed cashless payments, "Yes Bank was there to cash in," wrote Sarika Kumar, a banking analyst and policy advisor for fintech firms, in a March commentary for The Diplomat. She noted that Walmart-backed PhonePe "pegged millions of dollar’s worth of transactions through the bank’s servers."

Meanwhile, Kapoor's arrest and the seizure of Yes by the RBI are the culmination of a deteriorating relationship between the bank and the Indian government. In December 2018, the RBI removed Kapoor from his position as Yes's chief executive, alleging that the lender failed to sufficiently report the number of bad loans on its books. Although the bank's new leadership raised US$270 million from investors, it was too little, too late.

It was not just bad loans that doomed Yes: The Indian economy is also rapidly decelerating. In late January, the IMF reduced its forecast for India's full-year GDP growth to 5.8% from 7% - and that was before the novel coronavirus outbreak that began in China in late 2019 became a pandemic affecting every continent but Antarctica. S&P Global Ratings lowered India's growth forecast to 5.2% in mid-March.

As a publicly traded traditional lender, Yes is in a very different situation than most of India's privately held fintech startups. Yet the lender's travails may hold one valuable lessons for the cash-burning fintechs: Bigger is not always better. Yes was previously a successful bank. It got into trouble after setting out to expand by virtually any means necessary, with risky lending a key part of its growth strategy.

More in this category: « Some India fintech lending startups are getting aggressive about debt collection India's fintech investment surges in H1 despite pandemic »
back to top