Some India fintech lending startups are getting aggressive about debt collection 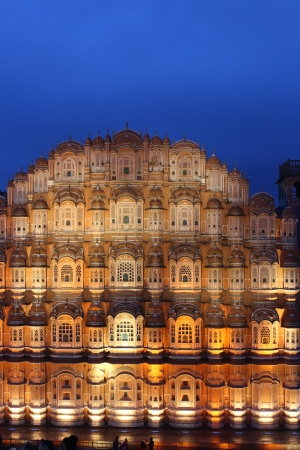 Fintech is generally considered a force for good in India, which has a large unbanked population and is eager to use digital financial technology to boost financial inclusion. But not all fintechs are created equal. And not all fintechs have such noble intentions.

India fintechs have begun lending money to people who can't get bank loans because they lack a credit history, the one they have does not instill confidence in lenders, or the banks just don't want to make personal loans. Of course, the lenders want to be sure they get their money back. And just as they can use borrower data to make a decision about whether to approve an applicant's loan, they can use that same data for debt collection. Here's the rub: That practice is often illegal in India, as well as in the United States, where some of startups' key investors are located.

The Reserve Bank of India forbids aggressive collection tactics, yet doesn't always enforce the rules, as it is loath to do anything that might harm financial inclusion efforts, analysts say.

In the U.S., debt collectors are not allowed to harass borrowers. During inquiries about debt repayment, they are only permitted to speak with borrowers, the spouses of borrowers and borrowers' attorneys.

In a November report, The Wall Street Journal noted that India-based lending startups attracted a record US$909 million in 2018. Only China and the United States attracted more investment in that segment. American investors backed about 40% of the 65 Indian digital lending startups that completed a funding round in 2018.

Aggressive collection tactics are becoming increasingly prominent in India. The Journal interviewed one borrower who received a 16,000 rupee ($225) loan from lending startup PaySense for which he was supposed to make nine fixed, monthly 1,979 rupee payments. PaySense, which is backed by California-based Nexus Ventures and Rocketship.vc, alleged that the borrower failed to make the payments on time and began harassing his parents over the telephone, according to the report. Loan collection agents for the company reportedly told the borrower's parents that they would visit their home if their son failed to pay up.

PaySense was able to find the telephone number of the borrower's parents because it had access to his smartphone contacts and other data stored on the device granted as part of the conditions of the loan.

At the same time, there are some India fintech startups specializing in debt collection, assumedly in compliance with local regulations. CreditMate, which is backed by India fintech unicorn Paytm, claims that its technology has helped boost collections by 15-20%. The company says its vision is "to empower borrowers with better credit scores and lenders with improved lending performance."

Data cited by CreditMate show that India has a loan repayment failure rate of 15-20% on a monthly basis, which it says puts hundreds of billions of dollars at risk and contributes to India's 11% non-performing asset rate. There are about 200 million consumer loans disbursed in India every year. The market is growing at about a 28% annual clip.

More in this category: « Why are fintechs eyeing the Indian remittances market? What went wrong at India's Yes Bank? »
back to top
© 2007 - 2021 Kapronasia