Paytm looks to vie with Policybazaar for dominance of Indian insurtech 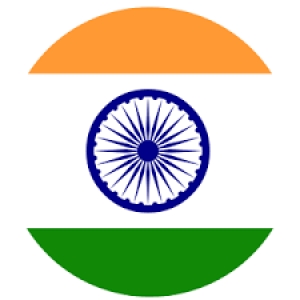 Indian fintech giant Paytm is reportedly in talks to acquire the Mumbai-based insurtech firm Coverfox for $100-$120 million in cash. If the acquisition is a success, it will be the largest by Paytm and mark the firm's arrival to India's insurtech segment with a bang, posing a direct challenge to market leader Policybazaar.

Paytm's core payments business is successful, but margins are thin. The company wants to use payments as a springboard to expand into more profitable financial services segments, like Alibaba's Alipay did (Alibaba, incidentally, is one of Paytm's backers).

Paytm has its eye on online insurance, a nascent sector with huge potential in India. Up to 988 million Indians, or 75% of the nation's population, have no form of life insurance. As India develops and rapidly embraces digitization, the online insurance market is expected to grow steadily.

In a new study, Google and the Boston Consulting Group estimate that India's online life insurance sector will grow at a compound rate of 3-5% per annum till 2020, when it will become an Rs 3500-Rs 6000 crore industry. Additionally, the online market for other types of insurance will grow at an annual clip of 15-20% until 2020, making it an Rs 11,500 crore – Rs 15,000 crore industry.

Coverfox is an attractive acquisition target for Paytm, with its large sales network of 50,000 agents and product portfolio of 45 different life and non-life insurance policies. In 2018, Coverfox posted $22 million in revenue from 1 million transactions, according to India's Economic Times.

There is one caveat with the deal: SoftBank Vision Fund, a large investor in Paytm's parent One97 Communications, is also a big shareholder in PolicyBazaar. It is possible that SoftBank holding stakes in both Coverfox and PolicyBazaar could be problematic, analysts say.

Policybazaar's leadership has been adamant about having SoftBank as an investor and not competing against it. “We did not want SoftBank on the side of a competitor. We were very clear that we wanted to have SoftBank as our investor," Policybazaar co-founder and CEO Yashish Dahiy told Money Control in June.

Might SoftBank try to drive consolidation of its different India insurtech investments? It certainly would not be out of character. The Japanese telecoms and internet giant previously tried to engineer a merger of the Indian e-commerce giants Snapdeal and Flipkart in 2017. The deal ultimately fell through as Snapdeal chose to pursue an independent path. Had the deal gone through, it would have been the biggest in the history of India's e-commerce industry.