Innovation in Indian ATMs- how banks are leveraging AADHAR 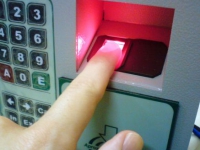 Recently DCB Bank became the first bank in India to introduce Aadhar based authentication at its ATMs, starting with its branch in India’s commercial hub- Mumbai. Aadhar provides a 12 digit number to every Indian resident that serves as a proof of identity as well as proof of residence, with biometric scanners being used for authentication. 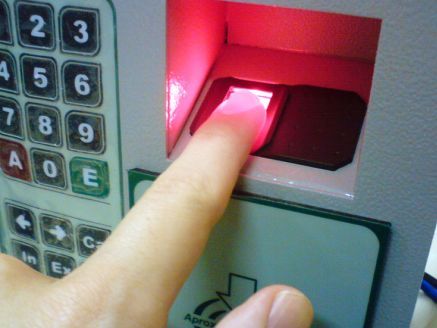 The cornerstone of the banking industry for decades, ATMs have used security that focusses on two key elements- what you have (the card) and what you know (pin code). Often the latter becomes a bone of contention, with stolen pins being a big concern for both banks and its customers- the users. Pin codes also require users to be proactive about security- it is estimated that a significant number of bank users never change the code they first received from the bank. On the other hand frequently changing the pin code is a tedious process and forgotten codes are a major source of inconvenience for the users.

The Aadhar based ATMs being installed by DCB Bank forego the pin in favour of biometric authentication. Aadhar is a demographic and biometric database that allows banks to query the identity of an individual transacting on its platform. A user just needs to swipe his finger at the ATM for the authentication to take place. Rather than provide the entire details of the individual, Aadhar merely replies to the query with a yes/no answer, ensuring privacy for the user. In a way this is similar to how a pin works and goes one step further by removing the need for the customer to remember any pin or passphrase.

So the new paradigm retains the first key requirement of what you have but replaces the second requirement with who you are- a question that until a few years ago couldn't be reliably answered due to lack of an identity repository and technology issues. In fact Aadhar based ATMs also support carrying out transactions without using a card, relying on the biometric authentication to authenticate the user and validate the transaction.

Currently DCB Bank is offering the facility only to its customers who initially linked their bank account to their Aadhar accounts. The bank is relatively small with only 400 ATMs in its network, and while this makes the concept easy to implement, the pilot could be a challenge if the number of seeded bank accounts isn’t substantial.

Fingerprint readers are now a mature, inexpensive technology and its core integration with banking services such as POS terminals and ATMs could help banks cut costs arising from pin thefts and overheads from forgotten codes. With Aadhar enrolments having crossed a billion, if more banks adopt the technology, the coming years might see a rapid exit of the humble yet hated PIN code and perhaps even cards themselves.

More in this category: « India taking banking NPAs head on VDBS for financial inclusion in India »
back to top