Will visitors to China embrace 'Alipay and WeChat Pay for foreigners?' 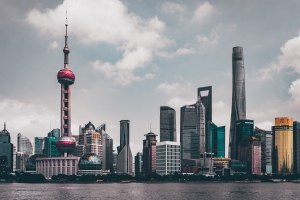 Before fintech took China by storm, visitors to the country only had to remember one simple rule for payments: Make sure to carry sufficient cash. International credit and debit cards often were not accepted outside of five-star hotels and high-end department stores. Inevitably, there was some hassle involved, especially as international bank cards didn't always work at local ATMs. Ironically, now that it's much easier to withdraw cash from local Chinese ATMs with a global bank card, Chinese merchants prefer cashless payments. The trend in China is to swipe a smartphone to pay for just about any ordinary transaction: a coffee at Starbucks, a restaurant meal, a taxi, a bottle of water from a convenience store. It's a breeze as long as you have a Chinese bank account and the requisite digital wallets from Alipay and WeChat Pay on your handset.

Therein lies the problem for visitors to China. Many of them do not have a Chinese bank account, nor do they have WeChat Pay or Alipay installed on their smartphones. With cash being increasingly unwelcome, problems can arise easily. For instance, a shop may accept cash, but because so few transactions are done in cash, not be able to give a shopper proper change. If the merchant doesn't accept international credit cards, then the shopper is out of luck.

Beijing's solution to the problem is to link up the Chinese digital banking ecosystem with the rest of the world. It's a good idea in theory, but many kinks remain to be ironed out. The international version of Alipay, launched earlier this year, has simple requirements - a foreign mobile phone number and bank card. The foreign Alipay account maxes out at RMB 2,000 yuan (US$284.50) at a time though. That's sufficient for everyday transactions, but certainly not for an expensive restaurant bill or shopping trip.

A reporter for The South China Morning Post, who traveled to Beijing from Hong Kong, and tested out the international version of Alipay, found numerous bugs in the platform right away. Most notably, a Hong Kong number didn't count as "international," so the reporter kept getting directed to the domestic version of the app. The solution was to use his father's mobile phone number - which is a UK number - and banking details. That's not an optimal solution, and not what we would expect from a company that's known for its fintech prowess.

Such an obvious bug in the system shows that the international version of Alipay was hastily rolled out. By the PRC's definition, Hong Kong is a special administrative region of China, as is Macau. The two cities exist within the PRC nation under the "one country, two systems" model devised by late paramount leader Deng Xiaoping. They have their own currencies and legal systems distinct from the mainland's. Flights to the two cities are found in the same part of China's airports as international flights.

Taking that example as a guide, Alipay could easily create a separate category for Hong Kong and Macau in its system that link to respective phone numbers from the cities (which have their own distinct area codes, not the 86 used for mainland China) and bank accounts from the two SARs. Assumedly, a similar adjustment in the system could be made for Taiwan.

WeChat too has announced it will now support international credit cards, providing access to dozens of services, including e-commerce and ride hailing. Yet the SCMP's reporter was unable to install the app on his smartphone, encountering a "busy service" notification each time he tried to install it.

Even if the Chinese fintech giants develop frictionless digital wallets for foreign visitors, some people will be concerned about security and data privacy, and prefer to use cashless payments with which they are more familiar. For that reason, it would be helpful for Chinese merchants to more widely accept international credit cards, such as Visa, Mastercard and American Express. After all, worldwide, there are an increasing number of merchants who accept China's UnionPay as well as both Alipay and WeChat Pay.

Tags:
More in this category: « Is PayPal arriving too late to the China payments market? Will AmEx soon start operations in China? »
back to top