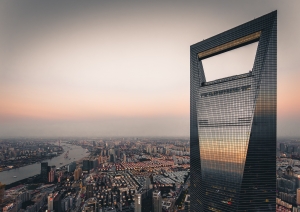 American Express has been trying to enter the China market since before the 2008 Beijing Summer Olympics. As China's financial reform stalled, so did the US card giant's prospects in the world's largest consumer market. Now that Washington and Beijing have reached a phase-one trade deal, AmEx is finally poised to start doing business in China. In early January, shortly before the trade deal was signed, the People's Bank of China (PBOC) accepted AmEx's application to begin China operations.

That announcement came more than a year after the PBOC approved AmEx to clear card payments in China. In order to meet the regulator's requirements, AmEx had to form a local joint venture. AmEx has had a JV with the fintech firm LianLian since 2012. The tie-up has allowed LianLian to license AmEx's Serve system used for mobile payments.

The U.S.-China phase-one trade deal included a pledge by China to further open its financial markets to U.S. investment. That increases the probability that Beijing will soon grant AmEx final approval to launch its card-clearing business in China.

It would not be in Beijing's interest do otherwise. The Chinese economy is sputtering. It grew at 6.1% in 2019, down from 6.5% in 2018 and close to a 30-year low. A long-running deleveraging campaign dragged on growth, while the trade war damaged business confidence in the world's second largest economy. Since most of the tariffs the U.S. has placed on China remain in place, supply chain disruptions will continue as firms shift capacity to less costly destinations.

Under that scenario, China should accelerate needed market reforms, especially in financial services. As we wrote last week, the trade war has affected the finance sector, but not dramatically. If Beijing welcomes them, U.S. credit-card giants, investment banks and other financial-services firms will eagerly invest in China.

Perhaps the greatest uncertainty for AmEx is gauging demand for its card-clearing services from Chinese consumers. Back in 2006, when China was supposed to fully open its financial markets per the conditions of its WTO membership, the U.S. credit-card giant would likely have found the market receptive.

The problem AmEx faces now is that it will be difficult to unseat entrenched incumbents. The local payments juggernaut UnionPay has long dominated the traditional banking card business, while Alibaba and Tencent control the vast majority of China's US$27 trillion mobile payments business.

90% of the 8.2 billion bank cards China had in circulation at the end of September were debit cards, according to Bloomberg. Chinese consumers favor debit cards because they don't accrue debt using them. Still, China does have 820 million credit cards in circulation. AmEx must see an opportunity in that niche market, which by global standards is actually fairly sizable.

More in this category: « Will visitors to China embrace 'Alipay and WeChat Pay for foreigners?' 2020 Top Ten Asia Fintech Trends #4: China's digital payments giants expand across the Belt and Road »
back to top