Why did Tencent invest in Australia's Afterpay? 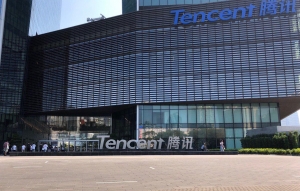 Tencent has paid US$300 million for a 5% stake in Australia's Afterpay in a bid to strengthen its global fintech services and expand into smart retail. Afterpay allows shoppers to pay in four installments for purchases online or in retail stores. It claims to have 7.3 million users globally.

Tencent is eager to develop its global fintech business, but its own platforms are better suited for the Chinese domestic market than anywhere else. So while the company has rolled out WeChat Pay everywhere from Nepal to New York City, traction is limited. To develop its global digital banking ecosystem, Tentech must take strategic stakes in and up-and-coming fintechs overseas. It can then potentially integrate the services of those fintechs into its native ecosystem.

In a May interview with Australian Financial Review, Afterpay chief executive and co-founder Anthony Eisen said that the company's ability to support retailers is what most interests Tencent - "providing them online leads and helping to boost in-store foot traffic where retailers offer the service at the point of purchase." Tencent believes Afterpay's success in Australia could potentially be replicated elsewhere, he added.

“Afterpay’s approach stands out to us not just for its attractive business model characteristics, but also because its service aligns so well with consumer trends we see developing globally,” James Mitchell, Tencent's chief strategy officer, said in a statement.

It is no coincidence that Tencent's Afterpay move follows its arch-rival Ant Financial taking a small stake in Sweden's Klarna, one of the leading "buy now, pay later" startups in Europe. Ant purchased the stake - estimated about 1% - for an undisclosed amount in March. Having largely cornered China's US$27 trillion payments market, Tencent and Ant are increasingly competing overseas.

Some analysts expect that Afterpay would partner with Tencent if the Australian firm sought to bring its smart retail solutions to Hong Kong, mainland China, or both markets. While those are not easy markets to enter, with Tencent as a partner, "it changes the landscape" for Afterpay, Bell Potter analyst Lafitani Sotiriou told Australian Financial Review.

More in this category: « Nium partners with Geoswift to expand into China remittances China steps up online gambling crackdown »
back to top