Apple has turned to the mobile payments industry after the smartphone business has slowed down, as a way to increase revenue streams. Apple Pay, Apple’s mobile payment and digital wallet service, has been very successful in the United States. However, Apple Pay has been struggling to tap into international markets due to technical problems, the lack of user adoption, and resistance from banks. 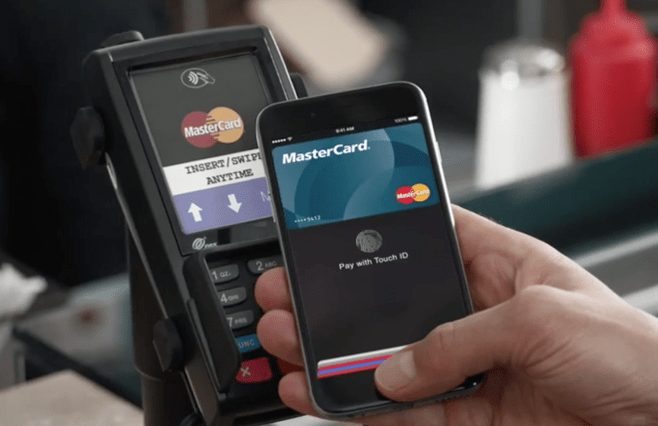 In China, Alibaba and WeChat have been dominating the $1 trillion mobile transactions industry. Similarly, in Great Britain and Australia, existing mobile payment options prove to dominate their respective markets. Overall, apart from the US, Apple Pay seems to be only popular with core Apple followers, as the quality of service and interest in international markets vary.

To use Apple Pay, users must first enter their card details. Next, users must hold their phone near the contactless card reader and confirm their payment via a Pin or fingerprint through Touch ID. While the process is simple, the adoption rate has been low due to inconvenience.

One of the main problems Apple Pay faces has been technical issues. Banks have been struggling to accept Apple Pay due to glitches. For example, a spokeswoman for Bendigo Bank in Australia said that Apple Pay faces frequent failures in merchant terminals. Apple Vice President, Jennifer Bailey, states that any major technology change takes time and that these technical glitches at the beginning are not representative of Apple Pay in the long run. Overall, a lack of engagement in launching Apple Pay has led to limited lead time in testing the technology before launching. This limited lead time limits Apple’s ability to fix basic problems and these problems are seen during the actual launch, causing frustration amongst banks and a lack of user adoption.

Inconvenience is another reason why Apple Pay has been struggling to gain market share. Chinese consumers complained that Apple Pay is not as seamless as services like Alipay and WeChat. In Great Britain, over 86 million contactless cards are already in circulation. Re-entering the same information for a similar service proves to be an inconvenience, since Apple Pay does not significantly add any additional benefits than existing mobile payment systems. In Australia, 60% of all credit and debit cards are contactless cards. Like Britain, the existing mobile payment systems provide similar services that Apple Pay provides, not motivating consumers to switch over to Apple Pay. In addition, Apple Pay is limited to specific banks. As a result, many consumers are unwilling to change banks, just for a tap-and-go feature. However, Apple hopes to increase its user base and convenience through recently partnerships with Australia and New Zealand Group in Australia, Singapore partner American Express, and Canada’s 5 big banks.

Part of the small global user base may be blamed by the limited range of banks Apple Pay has partnered with. In Australia, Great Britain, and Canada, banks have been building their own payment systems. Additionally, Apple Pay’s higher transaction prices, discourages banks to partner with Apple Pay.

Overall, payments is a complex system due to the number of high incumbent providers in the industry. This causes the process to be very slow and makes it difficult for a revolutionary change to occur quickly. On the other hand, Apple has rolled out Apple Pay very fast, much different than what the banks are used to. As a result, users and retail staff become confused, since they are not sure where Apple Pay will work.

While Apple Pay has great technology, it proves to be an inconvenience for global markets. Apple Pay does not provide any unique features that are better than the current contactless payment options. Thus, consumers are not willing to make the switch to Apple Pay. In order to increase user rate and convenience, partnering with larger banks in foreign markets is essential. Finally, Apple should take more time in rolling out Apple Pay globally to test the local markets and ensure that common technical inconveniences do not occur.

More in this category: « Alibaba's Ecosystem Expansion Will a potential Taobao and UnionPay collaboration actually work? »
back to top
© 2007 - 2021 Kapronasia