Who will be the Square of China? 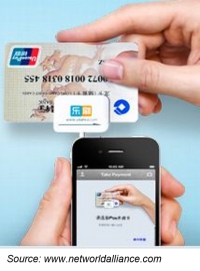 Since its launch 3 years ago, popular third party POS payment provdier Square has gained a respectable level of global adoption. Clients have access to 130 currencies in four languages worldwide. Despite the great success, we haven’t seen any presence of Square in China.

The monopoly of China UnionPay on domestic payment in POS could be one major issue. CUP is, unsurprisingly, not friendly with competitors, like Chinese e-commerce and payment powerhouse Alibaba. In 2013, Alibaba attempted to launch it's own POS service in 2013. UnionPay put pressure on Alipay to route its POS service through UnionPay's system so it could increase its commission earnings on transactions. China also typically requires a PIN entry for payment, which is a different process than Square. So is there a domestic version of Square?

The commercial service arm of China UnionPay, the UnionPay Merchant Services, recently introduced a new interchange payment link called Quanminfu (translated roughtly as "everyone’s payment method") which interconnects with all existing CUP banks and bankcards in China through the CUP network. The service is very similar to Square, but merchants process transactions through a bluetooth POS machine and a bluetooth equipped smart phone or iPad. The payment service doesn't provide any analytical information to merchants to identify consumer habits to facilitate the management of the business, unlike Square or Shopify in the US, but it might in the future.

Aside from UnionPay's offering, ChinaPnR is doing well integrating with V-Key, one of the world's leading mobile security technologies, on a POS to provide reliable security assurance to end-users. Companies such as IPS and Lakala also provide online payment solutions aside from POS, and although a company out of Shenzhen, is making a small "Square-like" card reader, payments are made through a Tenpay account (think Chinese PayPal). But for now, we haven’t seen any innovative products like Square in analyzing sales data and helping merchant streamline the management process.

It's not really a question of if, but rather when...and who will be China's Square. 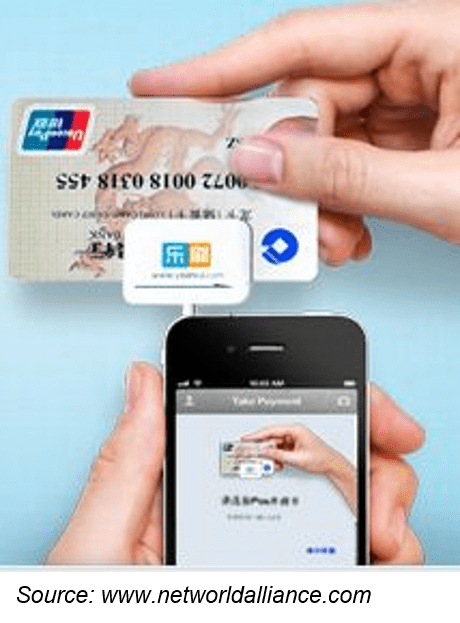 More in this category: « China's taxi hailing app war switches to premium cars as Didi Kuaidi Dache shove 1 billion RMB of coupons into the market Alibaba in partnership with Luxembourg Consulate in Shanghai to issue credit-based visas »
back to top