How UnionPay pushes its foreign cardholders to use their cards online

Although UnionPay is known for its control of the domestic Chinese payment market, it also has over 50 million cards issued overseas. So in other words, a China UnionPay branded card issued by a foreign bank in a foreign country and a foreign currency. In its international push, UnionPay would like its cards to be used both online and offline. Foreign cardholders are increasingly using them for paying at POS and for ATM cash withdrawal, however, there was never a compelling case to use UnionPay cards online, where established card brands like Visa and MasterCard dominate.

Some online players do accept China UnionPay. Amazon is likely the most famous, followed closely by the Asian platforms Rakuten and Lotte. This model however is mainly focused on foreign websites selling to Chinese consumers.

What is happening, is that UnionPay is setting up new agreements with China-based e-commerce platforms that sell to international markets. UnionPay has announced a partnership with DHgate, a cross-border e-commerce platform that allows foreign buyers to directly buy Chinese goods. The partnership will allow DHgate customers use their CUP cards when buying goods from the online shop.

Interestingly, this follows the way Visa and MasterCard gained initial traction in places like Russia as many consumers wanted to shop on global e-commerce platforms such as Amazon and Ebay needed to have an international card brand to be able to do so.

In the case of DHGate, will their foreign buyers shift from Visa to UnionPay cards? Unlikely without an incentive, but UnionPay is ready to spend, and in the announcement the two companies have said that co-branded promotional activities will be carried out for overseas UnionPay cardholders. Similar to the Amazon UK card in the image below, perhaps DHGate CUP cardholders will receive points for how much they spend on the site. 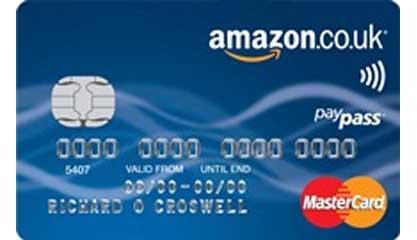 Aliexpress would be even a better partner, but the cross-border e-commerce leader is not accepting UnionPay cards yet, and probably never will - Alipay is already accepted on Aliexpress, and the the company is likely to continue promoting its own payment method.

To summarize, this announcement is important because it shows that UnionPay has started pushing for online usage of their cards in foreign markets, and one of the ways the company does that is by leveraging the booming cross-border e-commerce originating from China.

More in this category: « Why we believe Apple Pay can't beat Alipay in China China works to stem the money outflow by freezing the QDLP investment program »
back to top