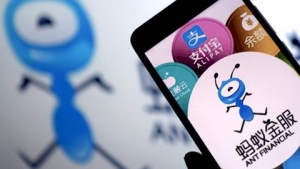 Ant Group, formerly Ant Financial, has big ambitions for Southeast Asia. By taking strategic stakes in ascendant fintech startups across the region, Ant hopes to gain a foothold in the region's most important economies and perhaps lay the foundation for a regional payments ecosystem. If Ant's bid for a Singapore digital wholesale bank license is successful, the Hangzhou-based company will be poised to serve SMEs in the city-state and could eventually expand to other key regional economies where the financial inclusion rate is lower.

In Nov. 2019, Ant set up a US$1 billion fund reportedly dedicated to Southeast Asian and Indian startups. Since then, it has been steadily building its presence in the region. In December, Ant invested an undisclosed amount in Vietnam's digital wallet eMonkey. According to Reuters, Ant will not control more than 50% of the firm, but will play a key role in its future development. The Vietnamese fintech firm M-Pay trade established eMonkey.

Ant's investment in eMonkey was shrewd. The Vietnam market has lots of potential: a young, connected population of more than 96 million, rising e-commerce use, state support for fintechs who promote financial inclusion, and weak incumbents. Further, eMonkey is already licensed by the State Bank of Vietnam to serve as an e-wallet. For Ant to get that license independently could be a cumbersome process.

Vietnam is wary of allowing foreign investors to dominate its red-hot fintech sector. Hanoi considered capping the foreign ownership limit in local fintechs at 49%, but ultimately scrapped the plan in February amid concern about its possible detrimental effect on the fintech ecosystem. Foreign investors already hold majority stakes in some Vietnamese e-wallets and the proposed restriction could have forced them to divest some of their holdings.

In January, Ant applied for a digital wholesale bank (DWB) license in Singapore, which can be used to serve non-retail customers. Ant likely declined to apply for the digital full bank (DFB) license, which allows holders to serve both retail and non-retail customers, for several reasons. First, licensees must be Singaporean firms based in Singapore. Ant would have needed to find a local partner to satisfy that requirement. Second, incumbents serve Singapore's retail banking market fairly well. Ant may see a better opportunity focusing on small businesses that cannot easily obtain credit from traditional lenders.

In May, Ant invested $73.5 million in Wave Money (Digital Money Myanmar), a mobile financial services firm that aims to boost financial inclusion in one of Southeast Asia's least developed nations. The deal will will give Ant access to one of Mynamar's most competitive digital payments firms. Wave Money, a joint venture between Norway's Telenor Group and the Myanmar-based Yoma Group, has 57,000 agents that cover about 90% of the country as well as 21 million customers.

As Southeast Asia's largest economy, Indonesia is another key market for Ant Technology. In June, Bloomberg reported that the Ant-backed Indonesian digital wallet Dana is planning to merge with Ovo, which is backed by Singaporean ride-hailing giant Grab. Together, Ovo and Dana could challenge the leading position of GoPay, the the fintech arm of Indonesian ride-hailing juggernaut Gojek.

Under the possible Ovo-Dana merger, Ant would remain a shareholder in the merged entity, while the other shareholders' stakes would be reduced, Bloomberg reported. An Ovo-Dana tie-up is logical because neither of the two e-wallets alone can beat GoPay in its home market.

Tags:
More in this category: « China steps up online gambling crackdown Amex may have an edge over U.S. rivals in China payments »
back to top