What Apple Pay means for China

The launch of Apple Pay will likely have a profound impact on the payments industry in the US and potentially Europe, but what does it mean for China?

A big bite or a small one?

After Apple's launch annoucement of Apple Pay in early September, speculation was rife as to what the business model would look like and how Apple and the other players in the value chain would make money. Over the past week, we've gotten more clarity:

It seems that Apple will get a share of fees from financial institutions when an iPhone is used instead of bankcards and overall discount fees could be lower for merchants, according to a Bloomberg report. In preparation, Visa and MasterCard have already launched tokenization platforms which will allow Apply Pay users link their payment cards for proximity and remote payments. Although this structure may not mean much revenue for Apple in the short term, it likely will in the longer-run.

Apple will also attempt to operate under the same business model in China. Earlier in 2014, Apple reached an agreement with China’s main domestic switch operator China UnionPay, according to a source close to the matter. Such a deal makes sense for Apple since China UnionPay is a dominant market player, but it is still unclear which segment of payments will be addressed by the partnership - it may not even be NFC/proximity.

For western markets like the US, Apple Pay will likely be tremendously successful both for Apple and for driving the mobile payments industry forward. Although companies like Paypal have had both remote and NFC payment systems in place for years, mobile payments have failed gain traction. As silly as it seems that a company can approach the same market with nearly the same strategy and make it grow, it looks like Apple might just be poised to do that.

China may well be a different story. With over 1 billion consumers, mobile payments for any vendor is a huge opportunity. Of course not all of those consumers have a mobile, but penetration of mobile phones is over 100% and smartphones are catching up rapidly. Yet, if Apple does choose to proceed in China and obtains all licenses required, the company could be too late to bring any innovation to the mobile internet payments industry.

China decided not to wait around for Apple and local players like Alibaba’s Alipay and Tencent’s Tenpay, which offer extremely convenient money transfer, utilities payments, booking and even fund investment have infiltrated the mobile payments market. Mobile payments are huge in China, just not through NFC, in fact, Xiaomi, known as being the little Apple of China, didn't even include NFC in its flagship M4 smartphone launched earlier this summer.

Estimates are that it will be another few months before the iPhone 6 launches and it could be a few more after that before we have Apple Pay in China. Users will definitely wait around (and in line) for the iPhone, but will they wait for Apple Pay? Instead of using Apply Pay, in all liklihood, users will install familiar and widely-accepted Chinese payment apps to their new iPhones, but maybe if users are forced into Apple Pay, like they are into the free U2 album, we could see them shift.

While the Apple Pay announcement failed to impress the Chinese mobile internet payments market, it may still push NFC adoption in country. Although China was one of the first countries to set NFC standards after years of testing and pilots, contactless proximity payments are still struggling to gain momentum, but now the market is ripe for growth. China UnionPay has deployed more than three million new NFC-enabled POSs in the country. China Telecom, China Unicom and China Mobile, the three national MNOs, are all currently pushing SIM-NFC products to their massive customer bases. More and more smartphones with NFC antennas are being sold by producers like Samsung.

The rest of the ecosystem hasn't been standing still either. Alipay is nearly ubiquitous and although the IPO coming in a few days will be massive (and judged by some to just be window dressing), the company will be back to business as usual soon after and we should expect to see further innovation going forward. In addition, once we start to see a bit more collaboration, all those NFC-enabled POS terminals might actually come into use later this year. Everything else is there, just not the users.

Is there any pie left for Apple?

Apple will have its work cut out for it when the iPhone finally passes the government tests and hits stores in China. Assuming they are able to come to an agreement with China UnionPay, another company known for its 'negotiation' skill, they will need to convince an already experienced public that their form of mobile payments is better than any other out there. Chinese mobile phone users are latching on to mobile platforms like Wechat that are embedded with all sorts of functionality from payments to booking movie tickets, and payment platforms like Alipay that are tied into massive e-commerce platforms. Apple is coming to the table with Apple Pay and little else in terms of an integrated platform. Can they entice users away from their comfort zone? 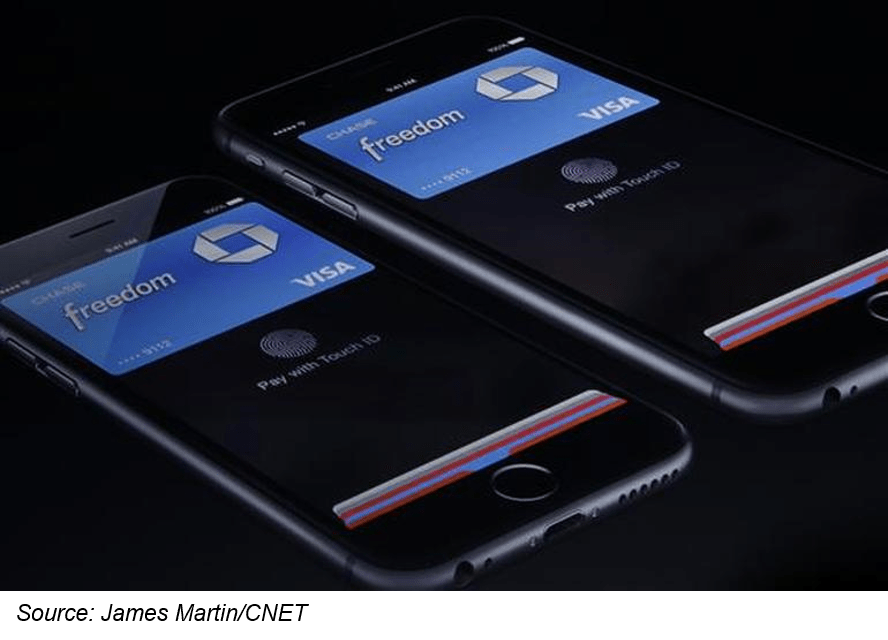 More in this category: « China's Bankcard Consumer Confidence Index (BCCI) Continues to increase NFC in China: mass acceptance will probably be reached in 2015 »
back to top