UnionPay steps up global expansion along Belt and Road 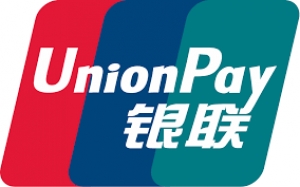 Chinese payments giant UnionPay is on the road again - the Belt and Road, that is. Constrained by slowing economic growth at home, UnionPay is aligning itself with some of the key emerging markets involved in China's high-profile global infrastructure initiative. In recent months, UnionPay has boosted its presence in the United Arab Emirates, Kenya and Nepal with a focus on mobile banking, pre-paid payments and cross-border payments.

Compared to developed economies, emerging markets offer UnionPay better business opportunities: a chance to gain a strong foothold with local consumers and businesses, not just Chinese tourists. Global banking incumbents simply have a weaker footprint in most emerging markets. That's why a move by UnionPay into a country like the UAE, Kenya or Nepal is more significant than a tie-up in Europe or the United States.

Emerging markets may also serve as a testbed for UnionPay's digital aspirations. The company has a lockdown on card business in China, but it missed the mobile payments boat. Alipay and WeChat Pay together hold 90% of that market.

In the United Arab Emirates, UnionPay is bringing mobile payments to Islamic banking. In August, the Chinese payments giant announced a QR code-based mobile payments partnership with Shariah-compliant Noor Bank. A payment solution based on QR codes "is a cost-effective alternative to cash payments for consumers and retailers alike and will further drive the shift towards a cashless society within the UAE," Han Wang, general manager of UnionPay Middle East, said in a statement.

An August report in AL Press noted that "China’s multibillion-dollar Belt and Road Initiative (BRI) has contributed to the country’s upholding of its coveted status as the UAE’s largest trading partner."

In September, UnionPay and SBM Kenya announced the launch of pre-paid cards for online and physical transactions. The cards are aimed at Africa's small and medium-sized enterprises (SMEs) that want to do business with China. SBM Bank plans to plans to launch 200,000 of the cards by the end of the year.