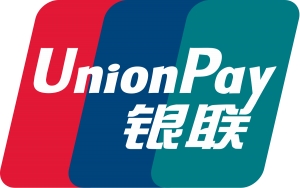 China's UnionPay can't beat them, so it might as well join them: The payments giant is entering a partnership with UK-based fintech Tribe Payments that will allow banks and fintechs to issue its credit cards in Europe from July. Facing intense competition from internet finance titans Alipay and WeChat Pay at home, UnionPay is keen to drum up new business abroad. What better way than to cooperate with a rising British fintech?

Tribe, which offers payment technology to a wide variety of financial services firms, highlights its platform ISAAC as a key point of distinction. "Tribe brings technology advances to the back-end of payments that fintechs have delivered at the front-end," the company said in a statement. That facilitates a much faster product development process than when using legacy systems.

Europe is not exactly new territory for UnionPay. The Chinese payments giant has been in the market for a decade, mainly serving Chinese tourists. Eager for their wallet share, 60% of merchants across Europe accept the UnionPay card. In London, the high-end department store Harrods has a UnionPay point-of-sale terminal that allows Chinese customers to pay for purchases directly from their Chinese bank accounts. That certainly must be helpful for Harrods' sales.

With its longstanding monopoly on Chinese card payments, UnionPay didn't have to worry about competition for many years. Visa and MasterCard have only been able to issue credit cards in China that are co-branded with UnionPay.

Ultimately, the winds did change course though. The competiton came not from foreign firms, but from China's ascendant internet financiers, Alipay and WeChat Pay. While just about every Chinese consumer has a UnionPay bank card, they prefer to make payments these days with digital wallets on their smartphones.

That puts UnionPay in a tough spot, because the company doesn't have the digital finance acumen to viably compete with the Chinese tech giants. Alipay and WeChat Pay now account for a greater share of China's online transactions than UnionPay. UnionPay is losing substantial fee income as a result and collecting less transaction data too.

"This agreement shows UnionPay’s intent to compete with the major card schemes in Europe,” Suresh Vaghjiani, the founder of Tribe, told Finextra. “This is the first time European institutions will be able to put UnionPay cards into the hands of people on the street.”

Reportedly, there are two firms already keen to issue UnionPay cards. One company wants to issue a virtual UnionPay card and the other a UnionPay debit card.

It will not be easy for UnionPay to carve out a niche in the European card market. Visa and MasterCard have long been entrenched there, and have many attractive loyalty programs thanks to their strategic partnerships with European businesses.

UnionPay and Tribe will likely need to target a unique customer demographic - people open to challenger banks who are also willing to adopt a traditional credit or debit card issued by a state-owned Chinese company. Despite being the world's largest card issuer, UnionPay's users on the customer side are almost all Chinese. With little knowledge of Western consumer spending habits, UnionPay must rely on Tribe to help it tailor cards for European users.

More in this category: « Has the ship sailed for U.S. credit card companies in China? Alipay inks deal with fintech startup focused on Africa »
back to top