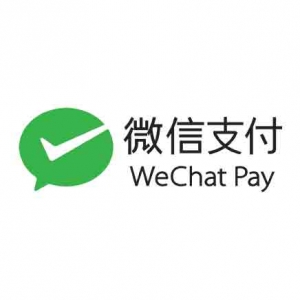 If Chinese media reports are correct, Tencent's digital wallet will soon have a virtual credit card. The Chinese internet giant is reportedly developing a payment product called Fenfu for WeChat Pay, with an expected fourth quarter launch. Fenfu would allow WeChat Pay to compete directly in the virtual credit segment with its rivals' products.

Currently, WeChat Pay has 800 million users - more than half of the Chinese population - but only ties in with bank cards. Alipay and JD.com already have virtual credit payment products, Huabei and Baitiao respectively. By the end of 2018, JD’s Baitiao had 34.4 billion yuan in outstanding loans on its books. At the end of the first half of 2017 (the most recent period for which data are available) Hubei had recorded a total of 99.2 billion yuan in outstanding loans, according to Xinliu Caijing.

Fenfu is aimed at underserved market segments in China, such as people unable to get a credit card from a bank. It will try to attract business with products like loans that are interest free for a month, micro-credits options and some long-term financial services. Tencent might generate revenue from Fenfu by charging users late payment and service installment fees, analysts say.

The reasons for the launch of Fenfu look pretty straightforward. If Alibaba has a certain fintech product or service, Tencent needs to needs to have one too. It's been that way for a long time, and as long as those two companies dominate Chinese internet finance, the paradigm won't easily change.

Like Alibaba, Tencent emerged before the mobile internet era. The Shenzhen-based company cut its teeth on PC-based games and the QQ Messenger service (originally designed for PCs) before transitioning to its mobile internet focus. Mobile gaming, a segment where Alibaba has a negligible presence, is a key revenue source for Tencent.

Yet, gaming revenue is no longer a reliable revenue driver given a recent regulatory crackdown. Beijing has promised to curb the amount of time Chinese minors spend playing online games, both to address a perceived source of myopia and exert greater control over online content. "For the nation’s future, we can never allow gaming companies to get rich by inducing teens to get addicted [to games],” Xinhua said in a commentary last year.

Beijing stopped approving new games at the end of March. The regulatory review could last through year-end or even longer, analysts say.

Under that scenario, Tencent must invest more in fintech and business services. The Chinese internet giant's fintech and business services revenues reached roughly 23 billion yuan (US$3.2 billion) in the quarter ended June 2019, up 37% over the same period a year earlier. Growth in that segment outpaced that of its other key businesses: gaming, digital content and online advertising.

More in this category: « UnionPay steps up global expansion along Belt and Road Is PayPal arriving too late to the China payments market? »
back to top