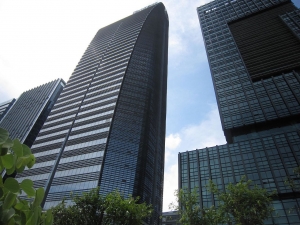 On March 26th, Chinese internet giant Tencent’s messaging app WeChat launched a test version of a virtual credit payment product called Fenfu (分付). Fenfu, which literally means "installment payment," allows users unable to get a credit card from a bank to spend money first and later pay it back with WeChat. There is no fee for using Fenfu, which is focused on offline consumption. The virtual credit payment product does not support WeChat transfer and red envelope function.

The most significant difference between Fenfu and regular credit consumer finance products like Alipay’s Huabei (花呗) is the interest settlement method. Fenfu’s interest is calculated immediately based on the daily unpaid amount and the rate is 0.04% per day, which comes to an annualized interest rate of around 14.6%. There is no fixed repayment date. Users can repay at any time, or repay by installments with the minimum repayment per period of 10% plus interest.  If users cannot repay the minimum amount on the selected date, their account will get frozen after 30 days.

Fenfu and Huabei have competitive advantages under different circumstances. For example, if someone wants to purchase a bubble tea for 20 yuan and pay later, Huabei would be a better choice due to its 41-day interest-free period. In contrast, Fenfu would charge a few fen (0.01 yuan) of interest based on its daily rate. However, in the case of a consumption installment payment, Fenfu will be the more cost-efficient choice. Fenfu’s daily interest rate is 0.01% lower than Huabei. Further, if consumers can repay the entire amount in advance with Fenfu, they only need to pay for interest generated during the use period. But with Huabei Installment, consumers still need to pay for all commissions unless there are specific promotions that waive the commission fees.

At present, Fenfu is in the pilot stage and only some WeChat users have access to it. Authorized users can directly choose "Fenfu payment" when paying. WeChat has not disclosed the loan limit. The personal credit limit depends on the WeChat credit score called Zhifufen (支付分) assigned to each user of WeChat Pay.

Unlike Alibaba-backed Huabei, which is largely used within the e-commerce platform Taobao, Fenfu is not directly integrated with a comparable online shopping marketplace. Tencent does hold a minority stake in JD.com, but JD has its own consumer finance product, Baitiao, which may prove to be a competitor of Fenfu. Another lending product from WeChat is WeiLiDai (微粒贷), which was launched in 2015 by Tencent-backed WeBank, the first digital bank in China. WeiLiDai is a cash loan product providing loans ranging from RMB 500 to RMB 40,000. WeiLiDai is available to both consumers and businesses.

Meanwhile, Fenfu's success will depend in part on its ability to attract users who fall into a price-sensitive (particularly to fees accruing daily) segment. At this stage, WeChat may want to keep Fenfu relatively small-scale and carefully evaluate if Chinese consumers can accept a virtual credit payment product with daily interest fees. If that proves to be the case, then there is an enormous potential market given WeChat's user base of 1.1 billion. WeChat may also develop additional Fenfu features and or special promotions, such as no-interest transactions at WeChat Pay partners or a lower annual interest rate.

More in this category: « How will COVID-19 affect WeChat Pay's global expansion? Nium partners with Geoswift to expand into China remittances »
back to top