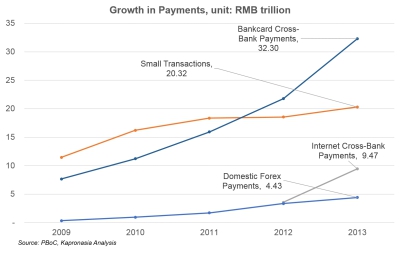 According to PBoC 2013 Annual Report, the payments industry in China is growing fast, 17% in 2013 alone and 25% on average in the last five years.

The report also mentions Second Generation Payments system that went online in October 2013. Advantages of the new system include One Account framework, where commercial banks’ HQs will be able to incorporate all branches’ transactions under one account, thus improving supervision and liquidity.

The new system speeds up payment delivery and interbank payments will now arrive within 10 seconds on average. Also, the system incorporates three levels of back-up: production center back-up, remote back-up and same city back-up. Messaging ISO20022 standards are employed, which will ease integration with cross-border forex transactions, once demand is there.

The new infrastructure will undoubtedly be needed to support the dizzying growth in payments. Total volume of transactions more than doubled from RMB1,207.58 trillion in 2009 to RMB2,940.78 trillion in 2013. 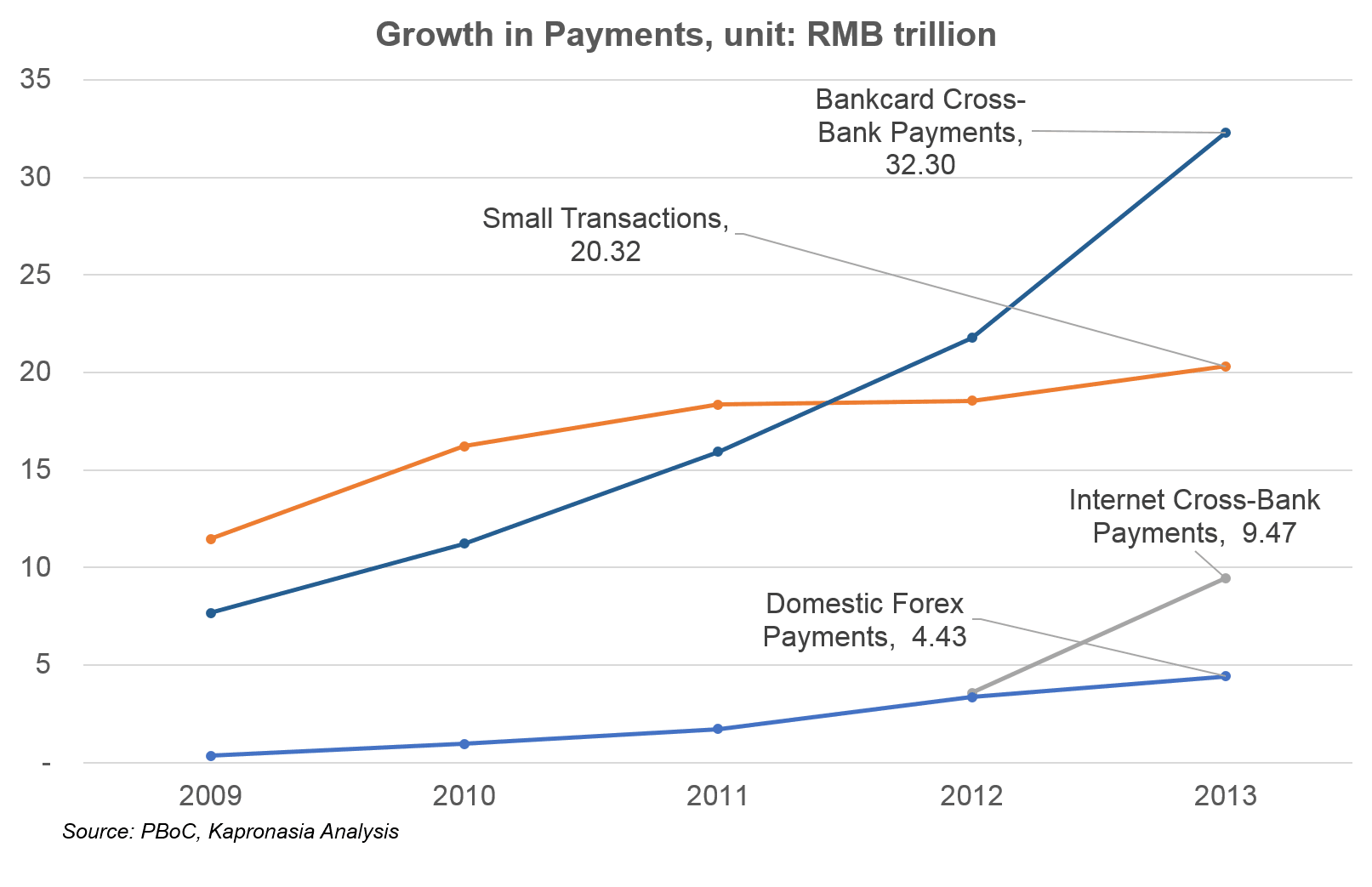