Nium partners with Geoswift to expand into China remittances 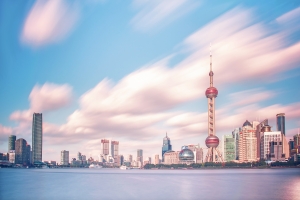 A growing number of global fintechs are eager to tap China's growing remittances business, the world's second largest after India. Given China's strict controls of money flows, the right local partner is important for gaining access to the market. Otherwise, regulatory hurdles are tough to surmount. In April, Singapore-based digital cross-border payments platform Nium announced it would partner with Geoswift, a counterpart headquartered in Hong Kong that specializes in clearing payments in and out of the Chinese mainland.

Geoswift connects "the rest of the world to mainland China and helps international clients navigating the complexity and uniqueness of the mainland Chinese market," according to a profile of the company on the Hong Kong government's InvestHK website.

The tie-up between Nium and Geoswift lets Nium’s customers globally send funds directly to a receiver’s UnionPay card account with 14 banks in China in real time,

In a press release, Nium highlighted how the partnership would reduce the need for physical contact at bank branches or remittance centers. The technology used by Nium and Geoswift allows senders of money to complete the transaction from a PC or mobile device. Ditto for recipients. The primary concern at present is the risk of coronavirus infection. Although bank branches are open in many countries, as they are considered essential businesses, people are still hesitant to visit them.

To be sure, the pandemic is illustrating an unforeseen benefit of digital banking: It reduces the risk of serious illness. But that's not the main reason Nium and Geoswift are collaborating with Chinese banks. Rather, China's banks increasingly compete with internet giants and even telecoms in the burgeoning cross-border payments space. Yet Chinese banks do not innovate as fast as those types of firms. Partnering with fintechs is a better bet for Chinese lenders than trying to develop real-time cross-border payments technology in-house.

Nium's foray into China follows expansion into Southeast Asia last fall. In November 2019, Nium announced that it would enable cross-border payments for clients of Cambodia's PhillipBank across its network. During the same month, Nium received a fund transfers license from the Bank of Indonesia, which allows the company to offer outbound digital money transfers to consumers and businesses in Southeast Asia's largest economy. Before Nium received that license, it could only provide inbound remittances to Indonesia.

More in this category: « Tencent launches virtual credit payment product Fenfu Why did Tencent invest in Australia's Afterpay? »
back to top