Mastercard still thinks it pays to be in China 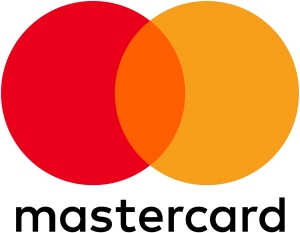 If your competitors are there, do you need to be there? Mastercard thinks so. Along with Visa and American Express (AmEx), it is trying to gain a foothold in China following Beijing's announcement in 2017 that U.S. credit-card companies could apply for licenses. In late 2018, Beijing approved the first such bank card transaction clearing license when it signed off on a joint venture between AmEx and Chinese fintech firm Lianlian.

The Wall Street Journal reported on February 22 that Mastercard will establish a joint venture with the Chinese online payments clearing house Wanglian (formally known as NetsUnion Clearing Corp.) in a new bid to gain access to the world's largest consumer market. No formal agreement has yet been signed, but Wanglian's shareholders have greenlighted the deal, the report said. The People's Bank of China set up Wanglian in 2017 as an online payment system for non-banks. The PBOC and State Administration of Foreign Exchange hold a 22% stake in Wanglian, while Alibaba's Alipay and Tencent's WeChat Pay each hold a 10% stake, the report noted.

Mastercard had previously filed for a credit-card license with Chinese regulators more than a year ago. The Purchase, NY-based firm has been trying for more than a decade to overcome China's formidable market barriers.

Indeed, when it joined the World Trade Organization (WTO) in 2001, Beijing vowed to remove restrictions on foreign payment processors by 2006. That year came and went. By 2010, frustrated with Chinese inaction, the U.S. decided to file a case against China at the WTO. In 2012, the WTO ruled that China discriminated against foreign card companies. Beijing shrugged it off. In 2017, the Trump administration wrung a promise out of China to follow through on its original pledge.

Meanwhile, state-backed UnionPay, established in 2002, has developed a virtual monopoly on bank cards. Today, it holds 90% of the massive Chinese market. If you have a bank card issued by a Chinese bank, it almost certainly has a UnionPay logo on it.

Previously, it was possible for a UnionPay card to be co-branded with Mastercard or Visa, but Chinese regulations no longer permit such an arrangement. The existing co-branded cards operate on UnionPay's network for RMB payments within mainland China and on the foreign card issuer's network overseas for foreign currency payments overseas. If Mastercard had its own payment network in mainland China to clear domestic RMB transactions, it could generate much more revenue from fees.

Unfortunately for Mastercard - and any foreign credit-card firms, for that matter - the China payments ship may have sailed. While Beijing stalled on financial reform, the Chinese tech firms Alibaba and Tencent evolved into digital finance juggernauts with their respective AliPay and WeChat Wallet platforms. Since the rise of Alipay and WeChat wallet coincided with China's smartphone boom, the tech giants' payments platforms fast became an integral part of every Chinese consumer's digital wallet. And while most Chinese still carry bank cards, they prefer making cashless payments with their digital wallets than the plastic cards favored in the U.S. and Europe. Mobile payment transactions in China exceeded US$17 trillion in 2017 and reached $18 trillion through the first nine months of 2018.

More in this category: « Merchants spoilt for choice when it comes to facial recognition payments Has the ship sailed for U.S. credit card companies in China? »
back to top
© 2007 - 2021 Kapronasia