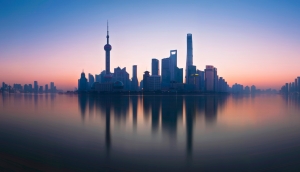 Reform is coming to China's US$27 trillion payments market belatedly. Very belatedly. U.S. credit-card giants have been trying to crack the market for years, to no avail. The market should have been open to them by 2006, per China's WTO commitments. But Beijing has hesitated to open its financial industry to foreign investment. It is finally signaling greater openness amidst the toughest business conditions China has faced in decades, perhaps since the beginning of economic reforms in 1978.

In mid-February, Mastercard announced it had received approval from the People's Bank of China (PBOC) to formally establish a bank-card clearing business in China. The green light for Mastercard comes three weeks after Beijing and Washington signed a phase-one trade deal to ease tensions in their strained economic relationship. American Express has also recently been granted approval to set up a bank-card clearing business in China. Both Mastercard and Amex are working with local Chinese partners in joint ventures.

“The opening of the bank card market...is conducive to promoting the more open and international development of China's payment and clearing services," the PBOC said in a statement on its official website, adding that the approval of Mastercard's application is "another concrete reflection of China's opening up of the financial industry and deepening financial supply-side reform."

The South China Morning Post noted in a recent report that Mastercard has long had its eyes on the China market. The U.S. credit-card-giant set up a representative office in China in the late 1980s - when bank cards were relatively scarce in China. Yet Mastercard has been unable to develop a significant footprint in China. It and its counterparts Amex and Visa have watched from the sidelines as Shanghai-based UnionPay has grown into China's bank-card juggernaut and one of the world's largest payments firms. UnionPay's transaction volume hit a record high of RMB 120 trillion (US$17.2 billion) in 2018, the most recent year for which data are available.

In 2012, the World Trade Organization ruled in the U.S.'s favor in a case Washington brought against Beijing on behalf of U.S. bank-card firms. The WTO's dispute panel said Beijing violated WTO rules with what was effectively a UnionPay monopoly - requiring all RMB-denominated payment cards issued in China to work with UnionPay's network and be accepted by all merchants and ATMs. In the meantime, Mastercard, Visa and Amex could only be used for foreign currency transactions.

A July 2012 Reuters report noted, "WTO rulings are slow to take effect and there is no guarantee of any rapid change in the Chinese market."

That analysis has proven to be on the mark. It has taken Beijing more than seven years to approve Amex and Mastercard's bank-card clearing businesses in China. Visa's application is still pending.

The U.S. card giants all face a steep uphill climb in a payments market dominated by local incumbents. Besides UnionPay's preeminence in bank cards, local fintech giants Ant Financial (through its Alipay digital wallet) and WeChat Pay (owned by Tencent) process the vast majority of mobile payments in China.

With that in mind, even optimists may have to concede the glass is not half full for U.S. credit card firms in China. Perhaps 1/8 full at best would be a more accurate estimate.

More in this category: « 2020 Top Ten Asia Fintech Trends #4: China's digital payments giants expand across the Belt and Road WeChat Pay approved to operate in Nepal »
back to top