Why are Alipay and WeChat Pay facing a possible antitrust investigation? 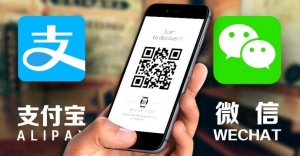 China's financial regulators have only recently moved to liberalize the payments market. The U.S.'s PayPal, one of the earliest digital payments giants, has long sought to enter the China market. However, the People's Bank of China only granted approval in Sept. 2019. And approval was conditional on PayPal working with a local partner. To satisfy that requirement, PayPal took a 70% stake in the Chinese state-owned online payments provider GoPay through one of its local subsidiaries, Yinbaobao.

Foreign fintechs are generally still unable to directly enter the China market. If they do expand to China, chances are they need to partner with Alipay or WeChat Pay. The UK's TransferWise recently entered into a tie-up with the Chinese fintech giant that allows TransferWise's 7 million customers to pay Alipay users in renminbi from 17 currencies.

Such partnerships can be a win-win, but direct competition would be even better in some cases.  More competition in China's mobile payments market would benefit both consumers and merchants, while pressuring incumbents to boost innovation.

As for the antitrust investigation, if regulators are looking for evidence of anti-competitive practices by WeChat Pay and Alipay, they will have to focus on the two firms' targeting of one another. For instance, when using the WeChat app, one cannot click through to Alibaba's e-commerce sites Taobao and TMall. Similarly, on those sites, users cannot use WeChat Pay to make a payment. Not exactly best practices, but hardly a cause for antitrust action.

More likely, there are other considerations involved. Indeed, for an antitrust probe to occur against the backdrop of Ant Group's forthcoming IPO would be quite a coincidence.

Further, The Economist recently noted that senior management in state-owned card giant UnionPay, including its outgoing chief executive, are former officials of the People's Bank of China (PBoC), which reportedly is pressing for the antitrust probe. While UnionPay remains China's preeminent issuer of bank cards, its mobile footprint is paltry. Without stronger mobile capabilities, UnionPay will likely continue losing market opportunities to more digitally nimble competitors.

More in this category: « Amex may have an edge over U.S. rivals in China payments The limits of renminbi internationalization »
back to top