Is PayPal arriving too late to the China payments market? 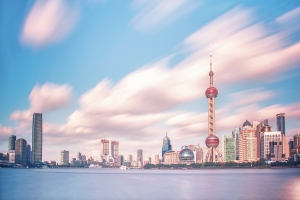 How late is too late? That's the key question as PayPal prepares to enter China's digital payments market with the acquisition of the Chinese state-owned online payments provider GoPay. PayPal took the 70% stake in GoPay through one of its local subsidiaries, Yinbaobao. When the deal closes - expected in the fourth quarter - PayPal will become the first foreign online payments provider in China.

Ostensibly, Beijing approved this deal to increase competition in China's digital payments segment, which has long been dominated by the Alibaba-Tencent duopoly. Together, those two tech giants control more than 90% of the Chinese digital payments market. Having talked up its commitment to financial reform over the past two years, Beijing now needs to deliver, especially as the trade war with America batters its economy. Foreign investors need a reason to believe when it comes to China - besides rosy predictions by the usual suspects (experts).

Indeed, financial reform in China has continued at a languid pace. American Express, Mastercard and Visa, which all were under the impression earlier this year that they could finally enter the China market, are still waiting on the sidelines. It looks like PayPal will beat them to the punch.

To be sure, China's digital payments market has room to grow. From 2013-2018, China's mobile payments transaction volume surged 28-fold to 277.4 trillion yuan ($41.51 trillion), according to the People’s Bank of China (PBOC). Consultancy Frost & Sullivan predicts the Chinese mobile payments services market will reach almost $97 trillion by 2023 - a 300% increase from 2017 - on the back of strong demand for e-commerce.

PayPal, who has not been part of China's mobile payments revolution, could struggle to win over Chinese consumers. At this late arrival date, it won't be easy. After all, how many digital wallets does one need? In China, the answer is exactly two: Alipay for platforms controlled by Alibaba, and WeChat Pay for those operated by Tencent. On neutral ground, either one of the wallets works fine.

To make any significant headway in China, PayPal probably should partner with a major platform operator. The PayPal/GoPay wallet needs to be tied into an online commerce network Chinese consumers use all the time. It's not going to be Taobao or WeChat stores. Perhaps then a partnership with JD.com or Pinduoduo?

The other option for Paypal would be to focus on outbound business. Dan Schulman, PayPal's chief executive officer and president, hinted at that possibility in a recent statement. "We look forward to partnering with China's financial institutions and technology platforms, providing a more comprehensive set of payment solutions to businesses and consumers, both in China and globally," he said.

More in this category: « Tencent reportedly set to launch virtual credit payment product Will visitors to China embrace 'Alipay and WeChat Pay for foreigners?' »
back to top