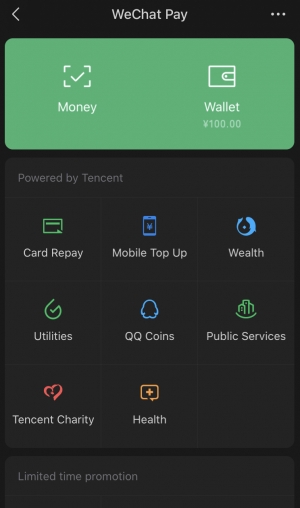 WeChat Pay has for several years been trying to develop its business outside of China. The first step is usually to partner with local merchants, making WeChat Pay available at points of sale where Chinese tourists shop. The second step is to target the local market. Thus far, WeChat has been more successful capturing Chinese tourists' wallet share overseas than in becoming a trusted local digital banking provider.

The novel coronavirus outbreak could slow WeChat Pay's global expansion considerably in the short term. Put simply, what happens if your international payments business primarily depends on Chinese tourists and suddenly there are none?

Chinese outbound tourist numbers have plunged since the pandemic began. In February, the number in Japan fell roughly 88% to 87,200. It was an even steeper drop than in April 2011, the month after a massive earthquake struck Japan. At that time, Chinese tourist arrivals to Japan fell by 62.5%.

In early March, The Bangkok Post reported that Chinese tourists were planning to start heading overseas again in April. That optimistic forecast seemed premature at the time. Since then, the pandemic has struck North America and Europe with deadly force, and has not spared Australia or Southeast Asia, even if local outbreaks are thus far not as severe as in the West. Japan too is seeing a steady uptick in new infections.

Of course, WeChat Pay could see its domestic business grow with fewer Chinese venturing overseas. That would mitigate some of the loss in revenue. However, the company's bid to grow outside of China could be compromised.

Eventually, the virus will subside and Chinese tourists will begin venturing overseas in large numbers again. However, a new outbreak could again halt Chinese outbound tourism. It makes sense to develop a cross-border payments business not dependent on Chinese tourists being physically present in retail stores overseas.

In late February, WeChat Pay and Germany's Wirecard announced they would enhance their existing partnership that began in 2017. Under the new agreement between the two companies, European merchants are able to integrate WeChat Pay into their online stores. The idea is to let Chinese shoppers visit European stores digitally and use WeChat Pay just as they do in the brick-and-mortar outlets.

It's a wise idea, as Chinese consumer demand for imports remains strong, but fewer Chinese will be traveling overseas amidst health concerns and an inevitable economic downturn. Wirecard describes the tie-up as an "end-to-end offering" with logistics and customs support from SwissPost as well as consulting and training for participating merchants.

"Our long-standing experience with Chinese payment methods enables us to support merchants that seek to break into the lucrative Chinese e-commerce market," Christian Reindl, EVP Sales Retail at Wirecard, said in a statement.

Also in February, the United Arab Emirates' merchant acquirer Network International announced it would launch WeChat Pay in the UAE. The deal will make WeChat Pay available to all Network's merchant partners in the UEA at points of sale and for online purchases.

More in this category: « How are China's fintech giants responding to COVID-19? Tencent launches virtual credit payment product Fenfu »
back to top