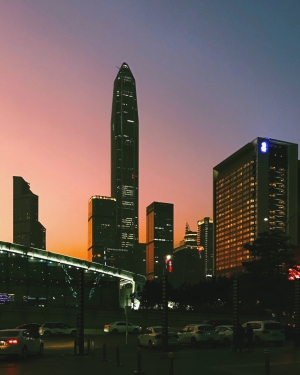 For its part, Ant Financial's Alipay launched an incentive program encouraging developers to create mini programs that could support people working from home while minimizing the need for human contact. that. Within a week of the program's launch, more than 1,200 developers responded, Alipay said in a March press release. Developers created creating 181 mini programs covering grocery deliveries, legal and medical advice, logistics, and public services. One mini program offering complimentary medical consultations from Alihealth received an average of 700,000 daily visits, the company said.

During the COVID-19 outbreak, Beijing-based grocery startup Meicai set up a mini program offering its delivery services to Alipay users. Meicai saw 800,000 new users and orders come in from 80 cities nationwide in the week after it launched the mini program, Alipay said.

At the same time, Ant Financial worked with the Hangzhou local government to develop a smartphone app that uses color codes to denote a user's health. The three categories, green, yellow and red, and are based on an individual's medical condition and travel history. The system has been deployed in 200 cities and will eventually be launched nationwide.

In Hangzhou, those in the green category have been able to move around relatively freely, while people classified as yellow must isolate themselves for a week and anyone deemed red must self-quarantine at home for two weeks. The Wall Street Journal reported that yellow and red badges are assigned to people who may have been in contact with a confirmed or suspected coronavirus patient, or anyone with a recent travel history to Wuhan, where the outbreak has been most severe.

In its home base of Shenzhen, Tencent used its WeChat super app to launch a health-rating system. The health code obtained though WeChat is used at citywide checkpoints, neighborhood entrances and road blocks, airports and railway stations, according to The Wall Street Journal.

While there are no studies yet of how the health apps have supported China's efforts to control the coronavirus outbreak, they can likely help reduce the spread of infectious diseases if they function optimally. The primary concern about the health apps is related to data privacy. Users must register with their name, national identification number and phone number. Authorities have also reportedly sourced user data from elsewhere, including phone carriers, state-owned companies and health agencies. There are already reports of personal health data leaking onto the internet.

Tags:
More in this category: « Why did Ant Financial invest in a Swedish fintech unicorn? How will COVID-19 affect WeChat Pay's global expansion? »
back to top