How are AmEx’s prospects in China shaping up? 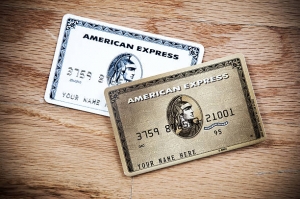 U.S. credit card firms have waited many years to be granted substantive access to the China market. In the meantime, China’s state-owned payments giant UnionPay has built a card empire in the country, while Alibaba and Tencent have come to dominate digital payments. Among U.S. card companies, American Express is the only one currently permitted to process renminbi transactions, having gained regulatory approval in June 2020.

In a September press release, AmEx noted that China’s bank cards in circulation rose to 9.03 billion, of which 91% are debit cards. For cultural reasons such as a historic aversion to debt, credit cards have never really caught on in China. They are more of a niche product. To be sure, there is a market opportunity there, if only because China is so big. The remaining 9% of cards total nearly 81.3 million, small by China’s standards, but still greater than the number in circulation in most countries.

However, Chinese consumers prefer debit. With that in mind, it is no surprise that AmEx is focusing on the debit segment in China. In mid-September AmEx announced that its China joint venture Express Technology Co. joined hands with China Industrial Bank to introduce two American Express-branded debit cards, the first debit products to support renminbi transactions on the U.S. card giant's network. China Merchants Bank, China CITIC Bank and China Guangfa Bank, will also launch AmEx-branded debit products in the coming months.

It is questionable how much of an impact AmEx will have in a market that has been steadily moving away from physical cards for many years now. For instance, AmEx says it has launched a “Red Card” for the China market, which sounds like the famed Black Card rejigged for Chinese consumers. Such a product would have been ideal for China’s go-go days of the 2000s and early 2010s, but it arrives at a time when luxury shopping and VIP cards are no longer novel.

AmEx says that it has reached “mobile wallet parity coverage through partnerships with the four top mobile wallet providers,” but it is unclear what exactly that means. AmEx can team up with China’s major mobile wallets to quickly grow its digital footprint, but users still need a good reason to use the company’s services in the first place.

Then there is the matter of AmEx’s fees, not known for being low. That could be a problem in China, where as Bloomberg notes the card-clearing fee rate is 0.065% for domestic banks and the acquiring fee rate ranges from 0.5% to 1%. In the U.S., issuers like AmEx charge between 1.4% and 3.5%. How is AmEx going to build enough scale in China to compensate for lower fee revenue per user?

To be sure, the China market will benefit from greater competition – and even more so when Visa and Mastercard join AmEx in clearing renminbi transactions – but building significant market share in the Middle Kingdom will be a challenging endeavor for U.S. card companies.

More in this category: « Ant Group's global expansion is at a crossroads Assessing the state of Tencent’s overseas fintech investments »
back to top