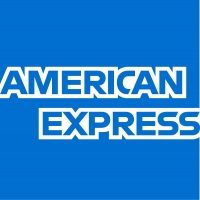 China's bank card market is large. Over 9 billion domestic payment cards will be in use by the end of 2018, a nearly 35% increase from the 6.7 billion in 2016. Even though the market is replete with card providers, the clearing business has been always dominated by the only one licensed clearing institution, China UnionPay (CUP), for both domestic and cross-border RMB transactions. That is, until now.

American Express (Amex), one of the top 3 credit card issuing and clearing companies, just received approval from the PBOC to start setting up their domestic card clearing business ahead of Visa, Mastercard, and others.

The Secret Sauce (or, How did AmEx do it?)

The approval was actually given to the joint venture company Liantong, a 50/50 joint venture between Amex and Lianlian Group which was setup in October 2017; the two companies' cooperation dates back to 2012 when Amex provided digital wallet technology to Lianlian. Different from Amex’s focus on card-related businesses, Lianlian Group concentrates on internet payment and mobile payment and has a Chinese third-party payment license already. Lianlian Pay started a foreign exchange settlement service in 2013 for e-commerce merchants. In just the first half of 2018, Lianlian completed more than US$2.9 billion in cross-border transactions.

In June 2017, the PBOC opened up card clearing applications for foreign institutions. In November 2017, Amex and Visa both submitted their initial applications. Visa applied as an individual entity while Amex tried in the form of a joint venture with a Chinese company. It is possible that the PBOC would like to have a gradual transfer to a multi-player clearing market rather than take a one-step sudden change. A joint venture seems to be easier to integrate in.

Visa also tried to cooperate with Chinese commercial banks for a joint venture, which seems to be not possible. Firstly, it takes a long time and is a complicated process for a Chinese bank to set up a company with a foreign institution. Moreover, as CUP has developed strong relationship with, and payment clearing influence on, all of the domestic banks, it would be a very serious step for a bank to move into the clearing business, even though CUP already competes with banks in acquiring. Visa presumably still wants to enter the market, but without a partner, it may take time.

From the regulatory side, Amex has an advantage with their closed-loop business model outside China. Amex issues its own cards through their bank subsidiaries (American Express Centurion Bank and American Express Bank, FSB), acting as a issuers and acquirer and only providing service to Amex card holders, a so-called 3-party model. This is different from Visa and Mastercard, who provide clearing service for any bank that joins in their network, as a 4-party model. As Amex applies this closed-loop model in other countries, a Chinese Amex card holder could only make cross-border transactions with another Amex account. It may be easier to trace the overseas transactions and improve AML, compared with using an open-loop model by Visa or Mastercard.

Cross-border clearing service is a big piece of cake

Currently Amex works with 7 Chinese banks to issue Amex branded cards that can be used overseas. As CUP is still the only clearing institution in China, credit cards show both Amex and CUP logo. If Amex finally opens their business in 2019, they will be able to share the increasing Chinese payment market by potentially leveraging the 180 domestic banks that Lianlian pay counts as customers, and help in cross-border payment settlement.

One of the challenges for any foreign entrant, Visa, Amex or otherwise, is how to capture marketshare. Why would a domestic consumer want to use their card over a CUP card? With Amex’s existing advantages outside China and Lianlian’s business inside, either the travel or e-commerce market would be interesting to start from. Considering Chinese consumers’ payment moving to digital, starting from digital cross-border payment would also be an interesting value proposition, although a competitive one.

More in this category: « Alipay ups its security to prevent scams Wanglian passes its Double 11 test »
back to top