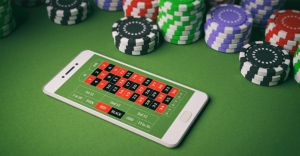 Macau is the only place in China's territory where gambling is legal. Chinese regulators want all the gaming in one place where they can keep a watchful eye over it. That's why the regulators don't like online casinos. Those are much harder to monitor. Located offshore, primarily in Southeast Asia, they aren't subject to Chinese law, even though Beijing forbids its citizens from gambling online. For Chinese authorities, the primary concern is that Chinese people will use online casinos to circumvent China's strict capital controls, which limit overseas remittances to US$50,000 a year. In some cases, criminal activity is involved.

In June, the People's Bank of China (PBOC) vowed to crack down on payment service providers which serve as conduits for illegal cross-border gambling. Fan Yifei, a PBOC deputy governor, emphasized the importance of the crackdown during a recent meeting. He said that "strengthening financial supervision and severing gambling-related capital links is a major political task" assigned by China's top leaders, according to the PBOC's official website.

In April, the PBOC's Beijing branch slapped a record RMB 66 million (US$9.3 million fine on the Beijing-based payment firm Allscore Payment Service for its role in facilitating illegal gambling. Chinese authorities confiscated more than RMB 50 million of Allscore's ill-gotten proceeds, according to Caixin.

At the same time, Beijing is working with authorities in Southeast Asia to break up online gambling operations run by organized crime. In late May, Philippine police arrested 90 Chinese for allegedly operating an unlicensed online gambling hub and violating quarantine restrictions. Philippine authorities moved to arrest the suspects after observing they were gathered without face masks outside of a rented apartment in Cavite province south of Manila. The suspects reportedly ran into the apartment after seeing the police, who pursued them and discovered the gambling operation.

In mid-June, Thai police arrested 200 people in a hotel in Mae Sot district - located near Thailand's border with Myanmar - suspected of being used by Chinese gangsters for online gambling. Police seized about 100 computers and other networking communications equipment.

According to The Bangkok Post, Chinese-run gambling operations had moved across the border from Myanmar's Myawaddy town following an online gambling crackdown there. The perpetrators reportedly purchased houses and hotels for bargain prices during the COVID-19 pandemic which they then converted into online casinos.

More in this category: « Why did Tencent invest in Australia's Afterpay? Breaking down Ant Group's Southeast Asia strategy »
back to top