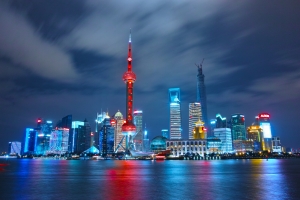 The fintech arms of Chinese internet giants Alibaba and Tencent have fought each other to a standstill in their home market. Together, Ant Financial (through its e-wallet Alipay) and WeChat Pay each hold about 90% of China's US$25 trillion mobile payments market, each with roughly an equal share. The duopoly looks stable for now.

Both companies are scouring for new opportunities overseas. The first step is serving Chinese tourists, who prefer to pay for transactions with their smartphones. That's why merchants in their favorite holiday destinations - such as Japan, South Korea, Thailand, Australia and France - increasingly accept Alipay and WeChat Pay.

At the same time, Ant Financial and WeChat are moving into developing countries involved in China's massive Belt and Road Initiative (BRI) - a plan to deepen China's economic links with vast swaths of the world. Many of these countries have large underbanked populations and are eager to boost financial inclusion. The Chinese fintech giants have a good track record in that area. They're also keen to show their support for BRI, a signature policy of Chinese President Xi Jinping.

Not all of the expansion was smooth. In May, Nepal's central bank said that it had barred individuals and businesses from processing Alipay and WeChat Pay payments. The Chinese fintech giants reportedly facilitated renminbi payments by Chinese tourists in Nepal that circumvented the Nepalese banking system. Payments must pass through a domestic bank and be registered with Nepal's central bank. Violators of the ban will be subject to punishment under local law, the central bank said.

Throughout 2019, WeChat Pay and Alipay were prevented from operating in Indonesia. The Indonesian central bank requires that they first find a local bank as a partner. It was only in January that WeChat Pay was finally approved. It is unclear when Alipay will get the green light.

Both Alipay and WeChat are used to aggressive expansion in China, where they are familiar with local laws and have strong regulatory support. They will need to adjust their strategies accordingly overseas, where the market situation differs considerably from China, and regulators may have different priorities.

More in this category: « Will AmEx soon start operations in China? Mastercard prepares for its belated China arrival »
back to top