What is the impact of Baidu's acquisition of payments provider 99Bill? 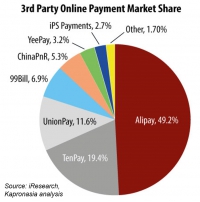 99Bill, a Chinese payments company, was just acquired by Baidu for RMB 2 billion. While there was no official confirmation from Baidu yet, the rumors started appearing on November 18. As the deal comes through, it will be yet another instance of a tech company moving into online finance. Alibaba through Alipay and Tencent through Tenpay already have payments licenses and operate successfully in the industry. Only Baidu was the last company of the three technology titans without a considerable traction in online finance. Its Baidu Wallet is still in promotion phase and is yet to gain a user base comparable to that of Alipay or Tenpay wallets.

In 20143Q 99Bill's market share of all transaction volume by third-party payment providers was 6.9%, placing it fourth after Alipay, Tenpay and UnionPay. 99Bill also has a strong offline business providing card acquiring.

While the company has a relatively successful track record, it has experienced some issues in recent years, for example the company was previously penalized by China UnionPay and Peoples Bank of China for operating in a legal grey area with its POS and card acquiring business. Also, 99bill has no presence in mobile payments, even Baidu Wallet, with its market share of 0.1%, has a larger presence. Yet, the 99bill’s biggest advantage could be its experience in the market as one of the oldest online payment providers and its connections to most major banks.

According to local media sources, 99Bill makes approximately RMB 100 million in profits annualy, which indicates P/E ratio of 20 for the acquisition. Industry players say that Yeepay, a player with a 3.2% market share of the online payments transaction volume quoted the same price of RMB 2 billion to Fosun Group when the latter was interested in a purchase.

But it seems like only buyers with very deep pockets will consider such hefty prices at the moment, as a payment license is easier to receive than it was before. JD.com, China’s ecommerce giant, paid RMB 4 billion for Chinabank Payments in 2012 because the acquirer didn’t have the payments license that is needed to develop its business further.

This could be a similar case with Baidu. Although its Baifa finance platform has gained traction and the Index 100 fund shows that Baidu is really hitting its stride on monetizing information (NB: Google - pay attention here!), it doesn't have a strength in payments. However, the main goal of Baidu’s acquisition of 99Bill likely was not access to its payments business license which the tech giant already has, but adds in 99Bill's wide offline network and online capabilities to Baidu’s internet finance business. 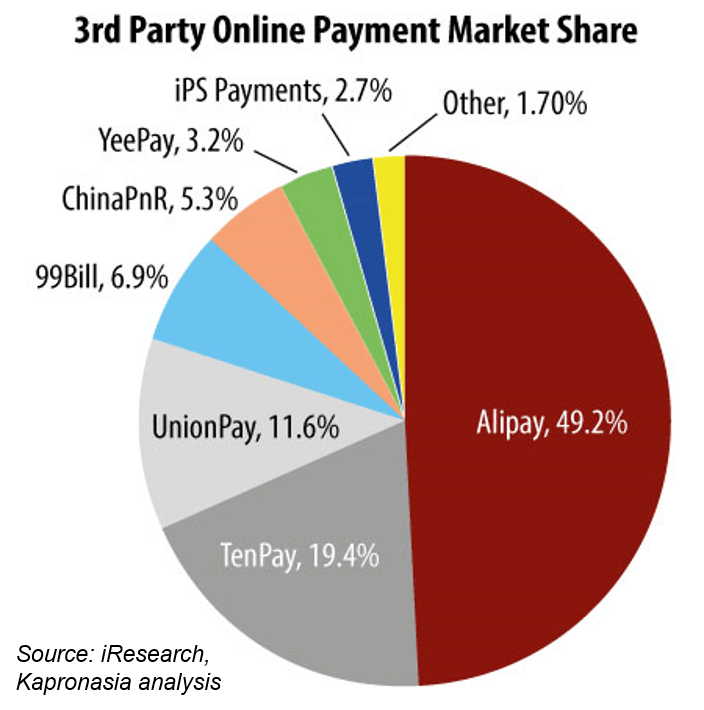 More in this category: « First e-Commerce, now Hospitals, Alibaba is changing lives in China Could China Unionpay change the mobile payment market with Android Pay? »
back to top