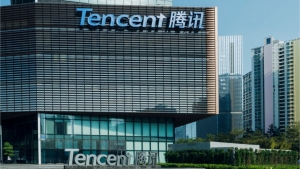 China’s fintech crackdown has slowed the domestic growth of the country’s biggest platform companies, but they remain committed to international expansion through strategic investments. Tencent has a number of key investments in Southeast Asia, Australia and UK that are worth watching, including its stakes in Sea Group, Voyager Innovations, Airwallex, Afterpay and most recently the UK fintech Previse.

Tencent’s investment in Sea Group is arguably its most important in an overseas tech company. While Sea is not a pure-play fintech, the Singapore-based firm is keen to use digital financial services to drive its future growth. As a long-term play, the Sea investment should pay off for Tencent, though the Chinese firm in January reduced its stake in Sea to 18.7% from 21.3% by selling shares worth $2.8 billion to $3 billion. That move sparked a sell-off among investors and Sea's NYSE-listed depositary receipts fell 11.4% the day Tencent made the announcement. Tencent also reduced its voting stake in Sea to less than 10%.

Though Sea’s growth has been slowing, that is unlikely the main reason Tencent trimmed its stake in the company. Rather, regulatory overhauls in China are eating into Tencent’s profitability, and having more cash on hand is to the company’s benefit. Further, Sea has been trying (with varying degrees of success) to expand beyond its core Southeast Asian markets. It may be intent to portray itself as a Singaporean company even if it has a major Chinese investor.

Tencent’s minority stake in Voyager Innovations, meanwhile, is another good long-term bet. Operator of the PayMaya e-wallet, Voyager is the second Philippine unicorn (US$1.4 billion valuation) and the holder of one of the Philippines’ coveted digital banking licenses. Compared to its Alibaba-backed rival GCash, which lacks a digital banking license, PayMaya will have a faster track to profitability thanks to the forthcoming MayaBank.

We are somewhat less sanguine about Tencent’s investments in Australia’s Afterpay (whose losses recently surged to more than US$300 million) and Airwallex. Buy now, pay later (BNPL) is a bubble waiting to pop, at least in Australia. Now that share prices have come down to earth, and the market is becoming saturated, the next step is regulation that makes the services less problematic for users but perhaps less profitable for the operators.

As for Airwallex, they know how to market themselves – as challengers to SWIFT, building alternative payment rails; a “global financial operating system that will allow modern businesses to operate without borders” in the words of CEO Jack Zhang – but it is unclear why the company has a valuation of US$5.5 billion. We have not seen compelling evidence, whether in their business model or otherwise, to justify that valuation.

Finally, Tencent reportedly recently led a funding round for the UK B2B fintech Previse that will raise just over £10 million (US$12.5 million). Tencent also has a stake in the UK neobank Monzo. The Chinese firm appears keen to gain a foothold in what it sees as the most promising aspects of the UK's fintech market.

More in this category: « How are AmEx’s prospects in China shaping up?
back to top