Amex may have an edge over U.S. rivals in China payments 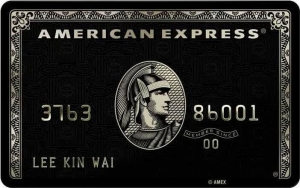 China's payments market is so big that U.S. credit-card giants reckon it's better to arrive late to the party than never. Although China's fintech giants Ant Group and Tencent control about 90% of the US$27 trillion payments market, the remaining 10%, at US$2.7 trillion, is not exactly chump change. Among the U.S.'s big three card companies, Amex is the first to have its clearing license approved for China. That first mover's advantage, coupled with cooperation with numerous local banks and payments firms, could give Amex an edge over Visa and Mastercard.

The challenge for any foreign card company in China is to find a compelling value proposition for consumers who are accustomed to UnionPay for physical card transactions and Alipay or WeChat for mobile payments. The local payments giants have the market well covered.

Amex has always positioned itself as more premium than Visa or Mastercard - and that may be an advantage if AmEx can offer its Chinese customers exclusive products and corresponding benefits. For instance, AmEx's Centurion Card (informally known as the Amex Black Card) is available by invitation only. The card is aimed at ultra high-net worth individuals. To qualify for it, an applicant must spend US$350,000-US$500,000 annually across his or her Amex accounts and earn at least US$1 million. Reportedly, there are only about 17,000 Black Card holders in the world.

According to The Points Guy, a website about credit-card programs, some of the Centurion Card benefits are fairly unique. In a recent post, the site recounts a story of how the writer's personal Centurion concierge worked with an Amex employee in Singapore to help the writer safely leave Bali when Mount Agung erupted. That was no small feat considering that the airport was closed.

Of course, if Amex does offer the Centurion card in China, it will only be available to a small market segment. For everyone else, the U.S. card giant will need to set the entry threshold much lower.

Amex also needs to go mobile. Paying for goods and services with a smartphone is so ubiquitous in China that no card company can expect to make much headway in the market without seamless mobile payments integration.

"Our cooperation is conducive to the more open and international development of China's payment and bank card clearing services," Chen Qiru, vice president of Tencent Financial Technology, said in a statement.

Meanwhile, Visa and Mastercard are several steps behind Amex in China. In February, Mastercard said it had received approval from the PBOC to begin building a local card-clearing business and that it plans to apply within a year for approval to launch operations.

Visa has not even gotten that far. It does, however have a co-branded agreement with Tencent that allows Chinese travelers to make payments overseas. With that in mind, it's likely Visa will be able to cooperate with WeChat Pay in the domestic market once the PBOC approves its local card-clearing business.

More in this category: « Breaking down Ant Group's Southeast Asia strategy Why are Alipay and WeChat Pay facing a possible antitrust investigation? »
back to top