Alipay: no more excuses not to turn your mobile phone into a POS-terminal

In its recent mobile app update, Alipay has put its QR code for accepting payments away from the main screen to a separate button on the top right corner. This seemingly small technical change has operational and business implications too. 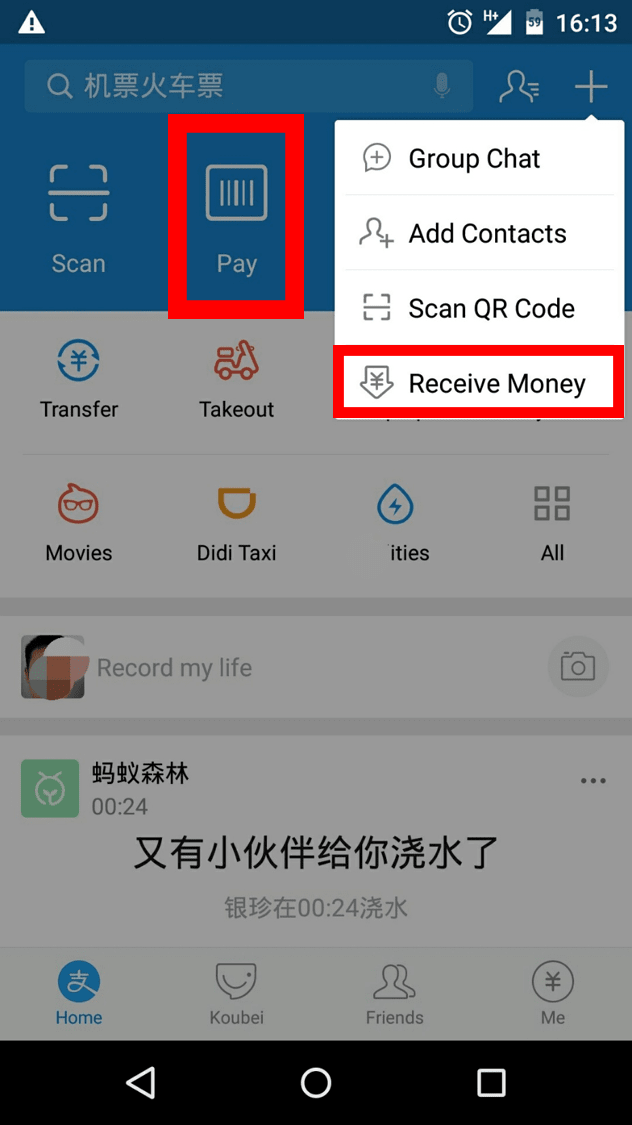 Chinese payment apps are famous for the use of QR codes. So how do these work? Basically, producing a QR code on your Alipay app has two functions: Paying to an affiliated merchant and receiving payments. In the former case, a dynamic QR code (which changes every minute) is produced and a merchant needs a specialized scanner connected to Alipay network.

In the case of producing a QR code to receive payments, no specialized equipment is needed and a non-Alipay 'friend' could send you a payment. Such simplicity was very convenient for individual users, but slightly confusing because same QR code was used both for sending and accepting payments.
The second issue with this is related to merchants. Alipay has become a popular way for small and micro merchants to accept payments - you don't need to buy a POS and almost all consumers now have Alipay wallets. However, merchants discovered that by using their phones to accept payments they are putting both personal and business transactions records together and it is hard to track profitability of the business.

The new Alipay update fixes both issues. Now the QR-code producing button on the main app screen is used to pay at affiliated merchants only, and the 'Receive Money' button at the top right corner produces a code to accept payments. With the new release Alipay also creates separate statements and transaction records for payments received via this code, so small merchants can easily track their revenues.

Furthermore, Alipay will not apply the 0.1% withdrawal fee for the money received via the button - thus introducing some extra stimuli for merchants to use Alipay to accept payments. Alipay also now offers free printing and delivery of the QR code badges to merchants.

The improved efficiency of Alipay wallet as an acquiring device makes traditional POS terminals and its whole chain (acquiring banks and POS distributors) further irrelevant. At the same time, it will be easier for China's 87 million small and individual merchants (source: State Administration for Industry and Commerce) to accept payments, thus boosting small business and employment.

The move by Alipay also shows how the company approaches innovation. The company prefers to test new features in real life rather than trying to design a perfect solution from scratch. Then the company is quick to fix user operational issues that were hard to foresee at the launch of a service.

More in this category: « Another step to tighten the control on third party payment companies in China China’s Central Bank Chief Encourages Fintech Development »
back to top