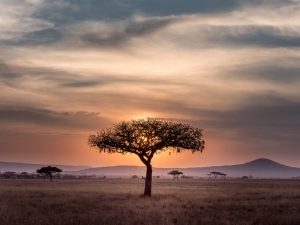 Chinese fintech giant Alipay has been on a torrid expansion streak, entering global markets from the U.S. and Europe to Bangladesh and Pakistan. Now Alipay is pushing even further into emerging markets as it establishes a partnership with fintech startup Flutterwave to provide digital payments services between the Middle Kingdom and Africa.

Flutterwave, which is based in San Francisco and Lagos, focuses on the B2B segment, helping African firms pay their counterparts on the continent and overseas. In addition to its Nigeria and the U.S., Flutterwave is present in Uganda, Kenya, South Africa, Rwanda and Ghana. The company has 60,000 merchants on its platform and has processed 100 million transactions valued at $2.6 billion, according to an August press release. Flutterwave's customers include Facebook, Uber, Booking.com and Jumia.com.

The tie-up is a natural progression for the burgeoning economic ties between China and Africa. Two-way trade reached more than US$204 billion in 2018, up 20% annually. Since 2009, China has been Africa's top trading partner. Under the agreement with Alipay, Flutterwave will charge its standard 3.8% fee on international transactions. For Alipay, the deal offers the chance to gain a stronger foothold in a region crucial to China's economic ambitions.

"There’s a lot of trade between Africa and China and this integration makes it easier for African merchants to accept Chinese customers’ payments,” FlutterWave CEO Olugbenga Agboola said in a statement.

"This isn't an unprecedented move...We set out to provide the complete payment solution for Africans to thrive in the global economy, and this is exactly what this partnership will achieve," he added.

Alipay's strategy in Africa reflects the B2B nature of China's economic ties with the continent. With the exception of South Africa, most African countries are not common Chinese tourist destinations. In countries where Chinese tourists are prevalent, Alipay typically first establishes a presence at retail points of sale to capture their business.

Further down the line, Alipay could try to replicate its success in China's consumer market by building an ecosystem for African users. It can lay the groundwork for such a strategy by partnering with local fintech startups such as Flutterwave.

Alipay's agreement with FlutterWave follows a deal signed in April 2018 with Nigeria-based CoralPay, its first on the African continent outside of South Africa. Under that agreement, CoralPay said it would increase support for Alipay users - among them banks and point-of-sale terminal providers - outside of its current merchant network. The service is starting in Nigeria and could be expanded to other markets across Africa.

More in this category: « Tie-up with Tribe Payments allows UnionPay to issue credit cards in Europe UnionPay steps up global expansion along Belt and Road »
back to top