Beating Apple by nearing a week, on September 2nd, 2014, Alipay and Huawei announced the launch of their fingerprint payment service. The technology will be first shipped on Huawei’s Ascend Mate 7 phone, which was presented by the electronics giant on September 3rd.

Compared with a character-based password, fingerprints are unique to a single individual are difficult to replicate. It is these features that make fingerprint authentication more reliable. Currently there is a consensus in the payment industry that biometric authentication will lead development in payments. Among them, fingerprint payment is considered as the safest method with more mature technology. However, owing to the limited deployment of terminals fingerprint payment is not widely used. Currently there are payment companies that provide fingerprint authentication based payment services in China and many of these are licensed, which is an indication that regulators are OK with this method of payment. 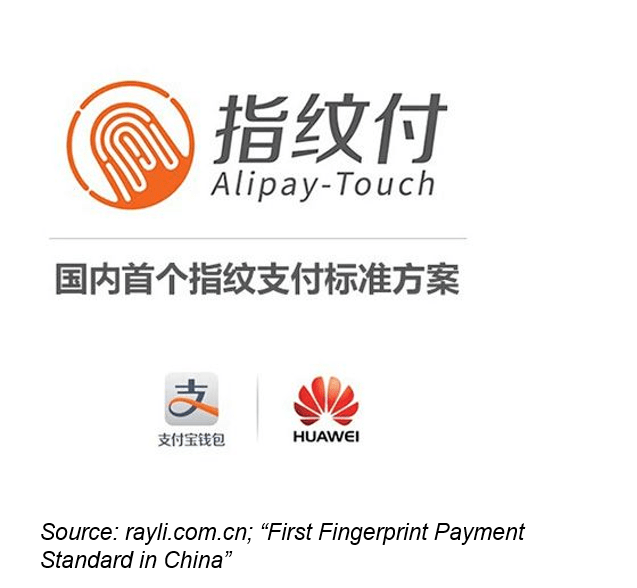 More in this category: « NFC in China: mass acceptance will probably be reached in 2015 Mobile Map - A new battlefield for the Chinese Internet giants »
back to top