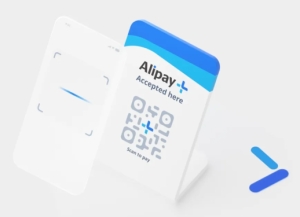 In the days before China’s tech crackdown humbled the country’s largest platform companies, Ant Group seemed intent on building its own cross-border payments ecosystem in Southeast Asia. The idea, though never explicitly stated, was to build a regional payments rail that could replicate at least some of the success of Alipay’s dominant domestic system.

The Chinese fintech giant went on a shopping spree that took it to nearly every East Asian country, making strategic investments in one e-wallet after the next. This strategy gave Ant stakes in some of the most successful fintechs in the region, with the Philippines’ GCash perhaps the most prominent Ant-backed success story. Ant even invested in Korea’s Kakao Pay, showing its ambitions went beyond the emerging markets of Southeast Asia.

However, after its IPO was abruptly postponed in November 2020, Ant stepped back from its regional expansion efforts to focus on restructuring at home. Once it felt confident that it was complying satisfactorily with Chinese regulators’ orders, it resumed its regional expansion with renewed vigor – and with a distinctive rebranding campaign.

In March, with no end in sight for China’s tech crackdown, Ant signaled it would revisit its Southeast Asia expansion efforts. To that end, it appointed Jia Hang as regional general manager. Jia’s role is to support Ant’s efforts to serve more than one billion Southeast Asian consumers “by connecting them with e-wallets and other mobile payment methods.”

“Amid a stronger push for businesses to recover and thrive by advancing digitally to innovate for the future, we must be right where our customers are,” Jia said in a statement, adding that Ant would leverage Alipay+, a suite of cross-border mobile payments and marketing solutions launched in November, to connect merchants with payment methods.

In essence, Ant is picking up where it left off prior to China’s tech crackdown, and is busily growing the Alipay+ ecosystem. In April, it announced a strategic partnership with the Singapore-based payments platform 2C2P, which also operates in Thailand and Malaysia. 2C2P is a full-suite payments platform that helps corporate customers securely accept and make payments through a single point of integration. In September, Ant announced the Indonesian fintech Akulaku, long backed by the Chinese company, would join Alipay+. That tie-up brought the total number of digital partners in the Alipay+ ecosystem to 13.

Ant hopes that Alipay+ can ultimately reduce interoperability hiccups in the fragmented Southeast Asia payments ecosystem. When a merchant installs Alipay+, then the merchant’s customers can pay for goods and services with any of the participating wallets in the ecosystem instead of having to ensure operability with the wallets one by one. The more wallets in the ecosystem, the more attractive the value proposition becomes. Given how little consolidation has occurred in Southeast Asia’s e-wallets market, Ant is offering a solution that circumvents the headache that the fragmentation creates for merchants.

And of course, Ant has scale. The company says that it has over 1 billion Alipay+ partner payment app users in Asia and that it is supporting 2.5 billion businesses globally. These numbers are impressive, but need to be judged appropriately. Just because their partners have 3.5 billion potential customers, it doesn’t mean that they are using the Alipay+ rails - until we see actual numbers that represent traction, they should be taken with a grain of salt.

Here is how Alipay+ works in practice: A South Korean visitor to the Philippines can use his/her Kakao Pay wallet to pay at a store that supports Alipay+ by scanning a QR code. Someone from Malaysia can pay at the same store with Touch ‘ Go or Boost, while Filipinos can use the domestic GCash wallet.

Sounds attractive for customers and merchants, but what does Ant get out of it? For now, it collects a fee from each overseas transaction, recurring merchant subscription fees and also sells merchants marketing tools, such as reward programs and services to help companies to develop their own apps.

The jury is still out

The question is how profitable of a business model will this be. Payments, though the foundation of Ant’s fintech empire in mainland China, have never been that profitable for the company. They were necessary to bring customers into the Ant ecosystem. Once customers were in the ecosystem, Ant could offer them higher margin services. Prior to its restructuring, Ant’s profitability in China derived largely from its lucrative consumer banking services, especially lending and wealth management.

In addition, at least a bit of skepticism about Ant’s prospects is warranted for as long as it grapples with regulatory issues at home. Restructuring has eaten into its profits and valuation alike. Expanding throughout ultra-competitive Southeast Asia will require Ant spend a lot of money.

As Tech Crunch noted in a November report, on the landing page of GCash, users can find an entry to a list of merchant deals provided that they pay with Alipay+. For instance, at Shein’s pop-up store in Manila, Alipay+ offers users a PHP 130 or US$2 discount at checkout. Other Alipay+ partnering wallets across Asia are offering similar perks.

Overall, though Ant has rebranded its erstwhile nameless cross-border payments strategy as “Alipay+,” the question remains how the company will connect the disparate components in a substantive way. To be sure, some of the individual e-wallets in the ecosystem are performing well, and GCash looks set to be one of the paramount players in the Philippines digital financial services market for years to come. It has 71 million users, nearly 2/3 of the Philippines population, and has been EBITDA profitable for several years.

Yet for now it is unclear how being a “payments aggregator” as Ant is calling its business model will ensure the whole of Alipay+ ever amounts to a sum greater than the individual parts.

More in this category: « Assessing the state of Tencent’s overseas fintech investments Baby steps for Tencent’s global fintech business »
back to top