Finance, cinema, bricks-and-mortar and soccer - what could be next for Alibaba? The e-commerce giant has been poised to undertake a new venture with the Chinese state owned arms, vehicle and machinery producer China North Industries Group Corp, or Norinco.

In a post on the Norinco website, it was stated that they would each hold a 50% joint venture stake in a new company ‘Qianxun Weizhi Internet’ which will build applications and technology to support the development of the Beidou navigation system. This would undoubtedly diversify Alibaba’s portfolio to a new realm of location-based services.

With Alibaba’s acquisition of AutoNavi Software Co Ltd in 2014 - the web mapping and location-based solutions (LBS) company - and its interest in improving government relations and domestic projects, it is clear that Alibaba has a strategy set in place to gain a footing in the global positioning industry. This partnership could potentially see Alibaba capitalize on the big data from location based users to use for a variety of analytics projects which could include targeted marketing campaigns, accurate tracking of delivery packages or simply to gain market intelligence.

Beidou, which was first tested in 2000, will be a key addition to China’s expansive portfolio of domestic home-grown service offerings and Alibaba’s partnership will provide a boost to the business development of this system. Current estimates put China’s reliance on the U.S’s GPS system at 95%. China has been determined to innovate and create its own domestic platforms which lower its dependency on western technologies, this marks a turning point for the location-based services industry and could see China as one of the key players in GPS systems along with the U.S and Russia. 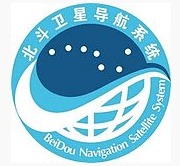 More in this category: « Alibaba set to increase its O2O offering with a 19.99% stake in Suning Commerce Tencent expands WeChat payment services overseas to capitalise on the growing mobile payments industry »
back to top