Does Alibaba's purchase of Ant Financial signal an open environment for foreign payment companies in China?

On February 1st, Alibaba and Ant Finance jointly announced that, according to their strategic agreement signed in 2014, Alibaba will acquire 33% of Ant Finance’s shares through one of Alibaba’s subsidiaries.

Ant Financial Services Group (Ant Finance) is a micro-finance group, established on October 16th, 2014. The main business areas of Ant Finance include payments, wealth management, small loans and credit reporting. Through the Alibaba platform, Ant Finance provides numerous small businesses and consumers with services which can support their development, such as payments, credit, and guarantees.

Purchase is a precursor to Ant's IPO

The original reason for breaking Ant Finance out as a separate company was due to China's payment regulations that require any domestic payment company to have 100% domestic shareholding. As Softbank and Yahoo were both investors in Alibaba, the company needed to spin the payment business out to satisfy this requirement. As part of the 2014 agreement, Alibaba and Ant Finance agreed that Ant Finance would pay 37.5% of pre-tax profit to Alibaba, as a technology and intellectual property fee. Alibaba could then, at any time, purchase 33% of Ant Finance.

In addition to giving Alibaba access to Ant's increasingly profitable business, the 33% acquisition also clears up the cap tables before the IPO. Previously, 76.43% of Ant Finance shares before were held by senior management including Jack Ma from Alibaba, but not the Alibaba Group themselves. After this transaction takes place, Ant Finance can be considered as one of Alibaba’s group members, which could facilitate their IPO application.

The deal also lessens the financial load on Ant Finance who previously needed to pay that 37.5% of pre-tax profit to Alibaba. After the purchase, Ant Finance will no longer need to do so, saving a significant amount in costs, thereby showing a better financial status as that percentage amounted to billions of RMB per year. In just in the first 3 quarters of 2017, Ant Finance paid over 41 billion RMB to Alibaba. 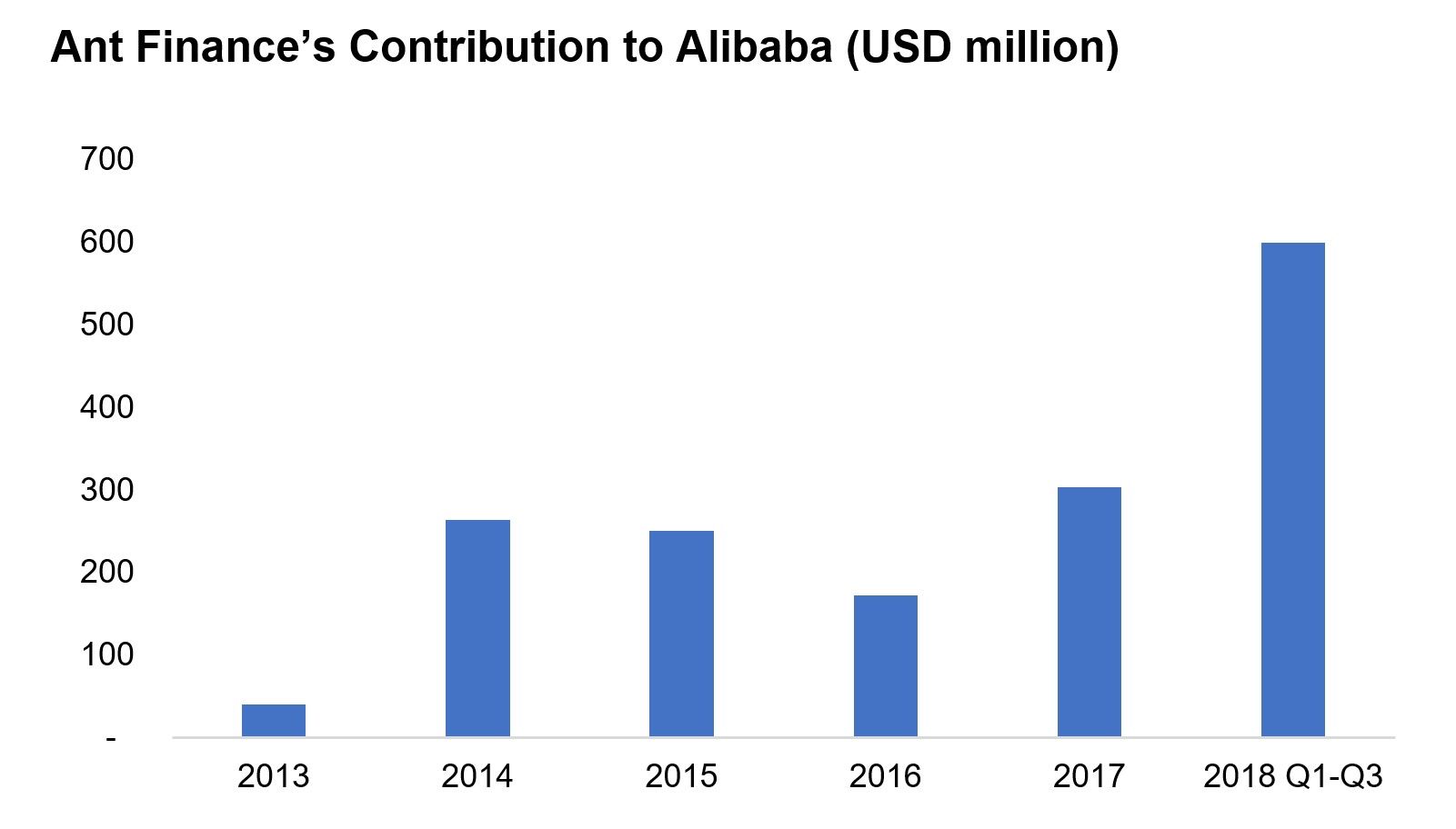 Alipay already accounted for over 53% of the third-party payment market in China in Q3 2017, which means Alipay processes on average over 172.26 billion RMB (25.3 billion USD) in transactions per day. At the end of 2017, Ant Finance's wealth management product Yu E Bao reached 1,579 billion RMB (232 billion USD) in AUM, which is higher than the individual deposits in 2016 of China’s 6th biggest bank, China Merchants Bank. In the future, Alibaba will work more closely with Ant Finance to develop a broader commercial product portfolio including their effort in New Retail.

Post acquisition, senior management will still hold the biggest share of Ant Financial with 51.21%, Alibaba 33% and the rest 15.79% held by domestic investors. With the original intent of spinning off Ant Finance to satisfy the payment regulations, does this mean that the market will be more open to foreign players?

On November 16th 2017, the vice president of the PBOC Mr. Yifei Fan announced that regulators are revising policies to allow foreign non-financial institutions to be involved into payment business which will also include conditions for entry. With Ant Finance now no longer a domestic company, it will be increasingly difficult for regulators turn a blind eye to the fact that both Ant Finance and Tencent are foreign companies. The question then is whether that will translate into better market access for Visa, MasterCard, PayPal, Amex and all of the other payment providers that are aching to get into China's domestic payments market. Only time will tell.

More in this category: « Regulation on Barcode Payments to Solve E-payment Scams and Facilitate Fair Market Competition in China Has China hit peak smartphone? »
back to top