Ant Group's global expansion is at a crossroads 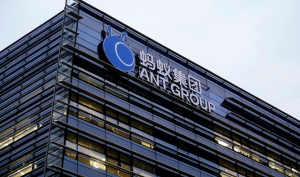 Not so long ago, Ant Group looked set to build a digital finance empire in Asia. Ant has a foothold, in one form or another, in every major Asian economy. The company has invested in e-wallets across Southeast Asia. It operates fledgling digital banks in Hong Kong and Singapore, the region's two key financial hubs. It is a major backer of India's largest fintech unicorn, Paytm. Ant even has fintech investments in Bangladesh and Pakistan. Yet in retrospect Ant may have overextended itself internationally, confident that its ascent was insuperable even as regulatory problems mounted at home. 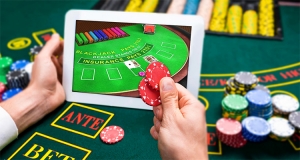 Is the Alipay/WeChat Pay payments duopoly at an inflection point?

Cracks are gradually appearing in the armor of the duopoly Alipay and WeChat Pay have long enjoyed in China online payments. One after another, large Chinese internet companies are expanding their presence in that segment, from e-commerce giants Pinduoduo and JD.com to travel booking site Trip.com. The U.S.'s PayPal and American Express have also entered the market. The additional competition is long overdue and most welcome.

The limits of renminbi internationalization

Internationalization of the yuan began in earnest more than a decade ago, with the goal of eventually establishing it as a global reserve currency. At the time, Chinese policymakers sought a larger role for China's currency on the global stage in line with broader financial reform. Today, Beijing worries about the possibility of a full-blow financial war with the United States. In this case, dependency on the dollar for international payments is a vulnerability that China must address.

Why are Alipay and WeChat Pay facing a possible antitrust investigation?

Amex may have an edge over U.S. rivals in China payments

China's payments market is so big that U.S. credit-card giants reckon it's better to arrive late to the party than never. Although China's fintech giants Ant Group and Tencent control about 90% of the US$27 trillion payments market, the remaining 10%, at US$2.7 trillion, is not exactly chump change. Among the U.S.'s big three card companies, Amex is the first to have its clearing license approved for China. That first mover's advantage, coupled with cooperation with numerous local banks and payments firms, could give Amex an edge over Visa and Mastercard.

Ant Group, formerly Ant Financial, has big ambitions for Southeast Asia. By taking strategic stakes in ascendant fintech startups across the region, Ant hopes to gain a foothold in the region's most important economies and perhaps lay the foundation for a regional payments ecosystem. If Ant's bid for a Singapore digital wholesale bank license is successful, the Hangzhou-based company will be poised to serve SMEs in the city-state and could eventually expand to other key regional economies where the financial inclusion rate is lower.

Macau is the only place in China's territory where gambling is legal. Chinese regulators want all the gaming in one place where they can keep a watchful eye over it. That's why the regulators don't like online casinos. Those are much harder to monitor. Located offshore, primarily in Southeast Asia, they aren't subject to Chinese law, even though Beijing forbids its citizens from gambling online. For Chinese authorities, the primary concern is that Chinese people will use online casinos to circumvent China's strict capital controls, which limit overseas remittances to US$50,000 a year. In some cases, criminal activity is involved.

Why did Tencent invest in Australia's Afterpay?

Tencent has paid US$300 million for a 5% stake in Australia's Afterpay in a bid to strengthen its global fintech services and expand into smart retail. Afterpay allows shoppers to pay in four installments for purchases online or in retail stores. It claims to have 7.3 million users globally.

Nium partners with Geoswift to expand into China remittances

A growing number of global fintechs are eager to tap China's growing remittances business, the world's second largest after India. Given China's strict controls of money flows, the right local partner is important for gaining access to the market. Otherwise, regulatory hurdles are tough to surmount. In April, Singapore-based digital cross-border payments platform Nium announced it would partner with Geoswift, a counterpart headquartered in Hong Kong that specializes in clearing payments in and out of the Chinese mainland.

On March 26th, Chinese internet giant Tencent’s messaging app WeChat launched a test version of a virtual credit payment product called Fenfu (分付). Fenfu, which literally means "installment payment," allows users unable to get a credit card from a bank to spend money first and later pay it back with WeChat. There is no fee for using Fenfu, which is focused on offline consumption. The virtual credit payment product does not support WeChat transfer and red envelope function.

WeChat Pay has for several years been trying to develop its business outside of China. The first step is usually to partner with local merchants, making WeChat Pay available at points of sale where Chinese tourists shop. The second step is to target the local market. Thus far, WeChat has been more successful capturing Chinese tourists' wallet share overseas than in becoming a trusted local digital banking provider.

The novel coronavirus outbreak could slow WeChat Pay's global expansion considerably in the short term. Put simply, what happens if your international payments business primarily depends on Chinese tourists and suddenly there are none?