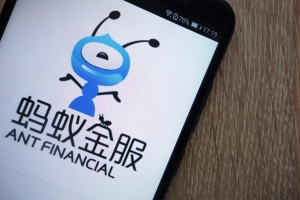 The Ant Financial empire just keeps expanding. In the past five years, the Alibaba subsidiary has become China's paramount fintech player, offering a suite of digital financial services from simple online banking to wealth-management services powered by artificial intelligence. Ant is now moving into health insurance with a product that has already signed up 50 million users and is aiming to have 300 million within two years. There's one small caveat, however: Ant says that it's not selling health insurance. To do that, it would need permission from China's regulators. Instead, the product is referred to as "a health aid plan."

Ant can easily tap its massive user base of 600 million people to find customers for its neo-insurance product, which is called Xiang Hu Bao. While about 95% of Chinese have at least basic health insurance coverage, that there are still 67 million without insurance, a number of people equivalent to the population of France. Research by Bloomberg has found that 1/3 of Xiang Hu Bao's users are from China's less prosperous rural areas and 1/2 of them are migrant laborers.

With that in mind, Ant has smartly made it easy to join Xiang Hu Bao. It's free to sign up and there are no premiums or upfront payments required. Anyone aged 30-59 who meets basic health criteria and has a decent credit score can join. Payments are deducted from users’ Alipay account on the 14th and 28th of every month.

Members contribute evenly to payouts that max out at RMB 300,000 ($45,000) when someone who has signed up becomes critically ill. Ant estimates that each member pays a maximum of 0.1 yuan for every critically ill person. Volunteer members adjudicate disputes about claims. For managing the overall process, the company collects an 8% administrative fee from every payout.

So, will Xiang Hu Bao "disrupt" China's traditional insurance industry, as some pundits suggest? It depends how one defines "disruption." The initial target market for the product is China's poor, who, unable to afford premiums and advance payments, have been largely ignored by commercial insurers. Beijing would be pleased if Ant could step in and fill that void, in particular because China's greying population - nearly 1/3 of its 1.4 billion people will be over 60 by 2050 - is struggling with rising rates of serious illnesses.

A study recently published by the Journal of the American Medical Association found that heart disease incidence is steadily rising in China. From 1990-2016, the proportion of Chinese living with heart disease rose 15%, from 5,265 per 100,000 people to 6,037 per 100,000. China had about 94 million total heart disease cases in 2016, the study found.

The China National Cancer Center estimates that China had 3.8 million new cancer and 2.3 million cancer deaths in 2016. That's equivalent to 7 new cancer cases and 4 cancer deaths every minute of the year.

More in this category: « China's Changing Insurtech Market and the Case for More Specific Regulation
back to top