What are the implications of China’s bitcoin mining crackdown? 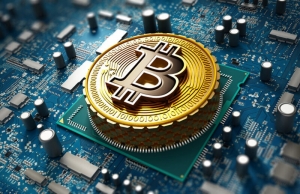 It was only a matter of time before bitcoin mining landed in China’s crosshairs. Beijing identified decentralized digital currency as a systemic financial risk in 2017 – for its use in skirting capital controls and links to money laundering - and promptly hobbled key parts of the crypto ecosystem, shutting down all exchanges and banning initial coin offerings. Mining does not pose the same immediate risks to the Chinese financial system, but its enormous power usage could crimp Beijing’s efforts to curb its carbon emissions – a major central government policy objective. With that in mind, the prospects for bitcoin miners in China look dim indeed.

In mid-May, China’s central government vowed to crack down on both bitcoin trading and mining. Although trading has fallen precipitously since 2017, it has not disappeared completely. Expect the emphasis in this crackdown to be on curbing mining though. With its inexpensive electricity, China accounted for about 65% of the world’s global average monthly bitcoin mining capacity (hashrate) as of April 2020, according to the Cambridge Bitcoin Electricity Consumption Index. A recent study published by the scientific journal Nature Communications forecast the annual energy consumption of China’s bitcoin industry to peak in 2024 at roughly 297 terawatt-hours, which is higher than the total power consumed by Italy and Saudi Arabia in 2016.

Several Chinese provinces will be hit hard by the mining crackdown. Inner Mongolia will feel the impact acutely. It has been a key operations for China’s crypto miners for years. Local officials, eager to show their enthusiasm for the central government’s bid to stamp out mining, have rolled out tough new draft rules. Under the regulations, data centers and cloud services providers found to be engaged in crypto mining (crypto in general, although bitcoin is the largest decentralized digital currency, and thus the focus) will lose access to preferential government policies, while telecoms firms, internet companies and cyber cafes will have their licenses revoked for the same offense.

“With those rules on the books, and the high-level attention from Beijing we are now seeing, it is going to be much harder to think that this is just a passing crackdown and that things will return to normal relatively soon,” veteran China watcher Bill Bishop wrote in the May 26 Sinocism newsletter.

The dominoes are beginning to fall. Huobi, the world's No. 2 crypto exchange by volume, recently announced that it has terminated mining hosting services and the sale of mining equipment in China. Mining pool BTC.TOP has also shuttered its China operations. A mining pool allows multiple remote users to collaborate to mine new coins.

Meanwhile, other provinces with substantial bitcoin mining operations may well follow Inner Mongolia’s lead. While eliminating mining will result in some job and income losses – something no local officials want – it is a price local governments will likely be willing to pay to avoid appearing lackluster amid the largest anti-crypto campaign in years.

To that end, energy regulators in Sichuan province will soon meet local power companies to gather information on cryptocurrency mining, according to Reuters. Sichuan, with ample hydropower resources, is China's No. 2 bitcoin mining province after Xinjiang, accounting for nearly 10% of the country’s hashrate.

More in this category: « The digital yuan’s cross-border dilemma The walls close in on China’s bitcoin miners »
back to top