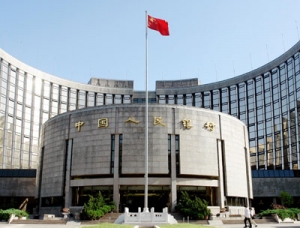 Misunderstanding of China's blockchain aspirations remain widespread. Virtual-currency enthusiasts once thought the Middle Kingdom would be crypto central. They were wrong: China doesn't want to be a hub for all things crypto, but it does want to harness the underlying blockchain technology to boost its technological prowess, improve the integrity of supply chains and overcome bottlenecks across many industries - notably the financial services sector.

It was with those goals in mind that Chinese President Xi Jinping recently called for a larger role for blockchain in China's economic development. According to state-run Xinhua, Xi urged "deep integration of blockchain with the real economy," which he said could help SMEs get better access to credit as well as strengthen risk management in banking and the supervision of government agencies. He further said that China has a "solid blockchain foundation" and called for the nation to accelerate the development of blockchain technology and strengthen related basic research.

Chinese investors have cheered Xi's ostensible embrace of blockchain. Stocks of nearly 200 companies that invest in blockchain technology jumped around 8% on October 28, the first trading day after Xi's remarks were made public, according to East Money Information. Some rapidly hit their daily maximum increase of 10%.

Given Xi's role at the apex of China's power structure, it is understandable that his pro-blockchain remarks would excite Chinese investors. Xi's remarks are China's strongest official endorsement yet for blockchain technology. Going forward, we can expect that Beijing will provide increased support for the blockchain projects it deems important.

However, we should be clear about one thing: Xi did not endorse cryptocurrency as investors (and speculators) know it. He did not indicate support for any type of decentralized digital currency - not bitcoin, not ethereum, not any of it.

China launched a crypto crackdown from September 2017 to prevent capital flight, money laundering and associated systemic financial risk. While there are some Chinese traders and miners who have carried on, Beijing has largely wiped out what was once the world's largest crypto market by trading volume.

Now that Xi has given his full endorsement to blockchain, a bigger concern for Beijing will be preventing wasteful spending. The risk of local governments and firms affixing a blockchain label on investments only remotely related to distributed ledger technology is not low.

As the state coffers open, it is instructive to consider what happened with another of China's recent state-led high-tech initiatives. When the central government in 2014 exhorted the nation to become self-sufficient in semiconductors and rolled out a series of policy incentives, local governments raced to take advantage. Some semiconductor manufacturing facilities were built before firms had committed to producing integrated circuits there. The misappropriation of state funds was rampant, analysts say. More than five years later, China still imports about 86% of its semiconductors, just 4% less than in 2014.

Optimists say that China plays the long game. That's for certain. Beijing recently set up another national semiconductor fund. At RMB 204 billion, it's even bigger than the RMB 139 billion fund established in 2014.

A long-term approach will be essential for success with blockchain, a technology that many local officials understand even less than semiconductors.

More in this category: « Is Libra causing China to rethink its crypto policies? Is Libra really a threat to WeChat Pay and Alipay? »
back to top