The walls close in on China’s bitcoin miners 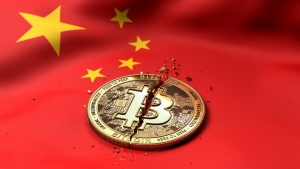 Bitcoin mining was one of the last vestiges of China’s experimentation with decentralized virtual currency. Until recently, China was the world’s bitcoin mining center. For the crypto faithful (and the agnostics who profited from mining), it was great while it lasted. But now regulators have decided mining in China should go the way of trading. Several weeks ago Kapronasia wrote that the crackdown was just warming up. Sure enough, provincial authorities are turning up the heat. What began in Inner Mongolia – it shut down 35 mining firms between January and April – has spread to Xinjiang, Qinghai and Yunnan.

Chinese authorities are cracking down on bitcoin mining both because of its massive carbon footprint – which threatens the central government’s goal of becoming carbon neutral by 2060 – and its role in an ecosystem that Beijing frowns upon. China’s regulators have never been keen about decentralized digital currency, even if they find some aspects of the underlying blockchain technology useful. Bitcoin’s extreme volatility this year cannot have helped miners’ cause.

Inner Mongolia has been especially enthusiastic about cracking down on mining, and with good reason: It was the only region/province of China among 30 reviewed by the central government in 2019 that missed energy consumption and intensity targets. Beijing criticized Inner Mongolia for failing to hit those targets in September 2020.

During the second week of June, authorities across China’s far-flung western provinces where mining is concentrated began turning the screws on bitcoin miners. Some officials appear nearly as eager as their counterparts in Inner Mongolia to show their enthusiasm for the crackdown. For instance, Qinghai Province is one of the smaller mining centers in China, accounting for less than 0.3% of the global hash rate. However, Qinghai’s provincial industry and information technology authorities ordered bitcoin mines to shut down and forbade companies from providing them land and power. In Xinjiang, the largest mining hub in China (it accounts for 36% of the global hash rate) authorities ordered the cessation of mining activities in an industrial park in the province’s far west.

Yunnan, China’s fourth-largest mining province, is the latest province to crack down. According to Reuters, the Energy Administration of Yunnan issued a notice on June 11 “ordering a probe into misappropriation and unauthorized use of electricity by bitcoin miners,” and vowed punishment.

Interestingly, Sichuan thus far is taking a more measured approach. According to Beijing-based TechNode, authorities have given miners until September to exit the province. That will allow them to make good use of Sichuan’s plentiful summer hydropower.

Given the intensity of the bitcoin mining crackdown, the industry is moving swiftly to exit China. One potential new hub is right next door to Xinjiang: Kazakhstan. The central Asian country already accounts for more than 6% of mining globally. Miners like Kazakhstan because it has plenty of cheap coal-fired power and is relatively cold, so they do not spend big on cooling systems for their mining rigs.

Shenzhen-based Bit Mining (formerly 500.com) recently announced that it would invest US$9 to build a 100 MW crypto-mining data center in Kazakhstan. Two local companies will serve as Bit Mining Partner’s and participate in the construction of the data center.

The United States is another possible destination for China’s bitcoin miners, but logistically much more challenging than Kazakhstan. Miners would have to transport their equipment to the U.S. amid an intractable pandemic and a long-running trade war that would result in 25% tariffs being slapped on the machines.

More in this category: « What are the implications of China’s bitcoin mining crackdown? China's e-CNY wallet hits the app stores, but does it matter? »
back to top