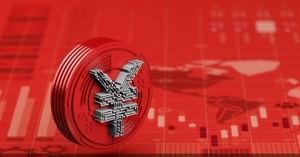 The hype about China's digital yuan can obscure the reality, especially in the cross-border space. The most adamant supporters of China’s CBDC argue that it poses a challenge to the US dollar’s role as the world’s dominant international currency because, well, it is digital, has a technological edge and thus will perhaps redefine global payments rails. This argument exaggerates the benefits of digitization while overlooking the fundamentals of the dollar's paramountcy.

To be sure, the digital yuan could offer faster transactions than traditional dollar-denominated bank transfers. But how crucial is speed? It’s certainly nice to have, but not at the expense of reliability. China’s financial system remains relatively closed and opaque. It is hard to imagine that Beijing could easily develop a digital payments system for the global market that did not face the same hang-ups as its domestic one.

Meanwhile, businesses would have to hold the Chinese currency in the first place to make the transactions. As of January 2021, the yuan’s share of global payments was just 2.42%, according to the Society for Worldwide Interbank Financial Telecommunication. The dollar’s share was 38.26%.

The greenback is still by far the world’s premier funding currency. According to the Bank for International Settlements, roughly 85% of all foreign-exchange transactions occur against the dollar; it accounts for more than 60% of official foreign-exchange reserves, and about half of global trade is invoiced in dollars.

In an April testimony before the US-China Economic and Security Review Commission, Martin Chorzempa of the Peterson Institute for International Economics said, “China’s e-CNY efforts have similarly yet to prove they will be any cheaper, more efficient, more private, or more convenient than the existing domestic and international payment systems. Therefore, it is unlikely to represent any more a threat to the dollar’s international dominance than the current forms of RMB, at least over the short and medium term.”

Chorzempa noted that the mCBDC Bridge initiative between the PBOC, Hong Kong Monetary Authority, Bank of Thailand, and the Central Bank of the United Arab Emirates could potentially link together interoperable CBDCs to make payments better than current systems, but that the project is at a fledgling stage. Indeed, China is the only one of the participants that has a domestic CBDC.

“It is nowhere near the development of a functional payment arrangement on new payment rails,” he added.

In addition to Hong Kong’s participation in the mCBDC bridge initiative, Beijing is also using the former British colony as a base for testing the digital yuan’s cross-border use. Initial cross-border applications for the e-CNY are likely to be modest. The consultancy Oliver Wyman reckons that Hong Kong could save a bundle on cross-border payments and clearing by using the digital yuan. Such costs currently are US$20 billion to US$40 billion, it said in a recent report.

More in this category: « The cross-border challenge for China's CBDC What are the implications of China’s bitcoin mining crackdown? »
back to top