The cross-border challenge for China's CBDC 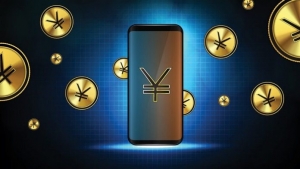 China is leading the world in CBDC development, prompting speculation that DCEP (digital currency, electronic payment) is on its way to becoming the digital equivalent of the U.S. dollar. The reality is more nuanced. To be sure, China's digital fiat currency is at a more advanced stage than any other major country's CBDC, and China has many potential applications for it domestically. When it comes to cross-border use, however, many questions remain about the digital yuan.

It is important to separate the hype from reality when it comes to the digital yuan. For instance, the digital yuan is not technically on a blockchain, while many other countries are using enterprise blockchain technology to develop their CBDCs. “That [China's] is a very balkanized ecosystem," Michael Sung, co-director of the Fintech Research Center at Fudan University, told CoinDesk in March.

If Beijing siloes off its CBDC - as it has with other digital technology - the digital yuan's cross-border applications will be limited. Alternatively, China can work with other countries to develop a platform where DCEP is interoperable with other CBDCs.

One possibility is the Multiple Central Bank Digital Currency (m-CBDC) Bridge Project developed by the Hong Kong Monetary Authority (HKMA) and Bank of Thailand (BOT), which also involves the United Arab Emirates (UAE). The initiative aims to serve as a cross-border corridor network for big financial institutions. It plans to attract additional participants by offering a more competitive foreign exchange rate than the open market.

Another possibility would be for China to join Singapore's Project Ubin, which uses distributed ledger technology to settle interbank transactions, cross-border remittances and tokenized securities. Singapore is the largest offshore center for RMB deposits and RMB trade finance and second largest for RMB foreign exchange trading, outside Greater China.

"MAS has been discussing a broad range of fintech developments with the People’s Bank of China, and we look forward to continue exploring new areas for collaboration,” the Singaporean regulator said in a statement last year.

At a forum in Chongqing last November, former PBoC governor Zhou Xiaochuan suggested that China and Singapore first focus on CBDC retail payments, where he believes the need is more urgent than the wholesale segment. "Different governments’ regulations on exchange rates and anti-money laundering would also likely interfere with the convenience of using CBDCs for cross-border payments if they are not used for retail repayments," Zhou said, according to Caixin.

At the same time, Project Ubin will benefit from its affiliation with Singapore, which is seen as Asia's most stable and transparent international financial center.

If China were to launch its own system for cross-border use of the digital yuan, it would likely face significant challenges around privacy and data security. Indeed, DCEP will have “controllable anonymity," which means that regulators can monitor transactions while the transacting parties remain private. However, if anything seems awry, the transactions will not stay anonymous for long.

Guo Weimin, a Bank of China executive, said in January that the digital renminbi's key strength was its ability to trace cash flows and help enforce financial regulations.

More in this category: « China's burgeoning blockchain bandwagon The digital yuan’s cross-border dilemma »
back to top