Revisiting the prospects of a digital renminbi 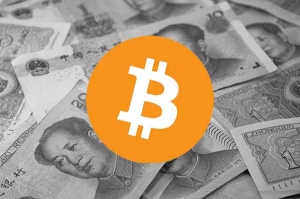 China has a complicated relationship with blockchain technology. Until the fall of 2017, China was the largest market for Bitcoin. But Beijing ultimately couldn't tolerate the decentralized nature of virtual currency and its utility in allowing Chinese citizens to evade capital controls, or in some cases, launder money. The ensuing crypto crackdown may turn out to be much like President Xi Jinping's anti-corruption campaign: never-ending.It's now clear that China will not allow decentralized digital currency in its financial system.

But what if Beijing could use blockchain technology to develop a digital fiat currency which the People's Bank of China (PBOC) controls just as it does notes and coins? If we believe that the global monetary system will increasingly be digital-first in the years to come, then it makes sense for China to establish a digital fiat currency to ensure the country has a leading role in that system.

Since the U.S. is developing cryptocurrencies pegged to the U.S. dollar, the dominant currency in the global monetary system, it stands to reason that those stablecoins may bulwark the dollar's role as the preeminent global currency. If China expects to make the RMB a global reserve currency - a long-term goal of Chinese policymakers, but one that has become more elusive as financial reform has stalled - it will need yuan-pegged stablecoins to compete.

Perhaps, but the BRI needs to first succeed. From a fiscal standpoint, that's far from certain. In a December report, Foreign Policy notes that the three main ratings agencies rate the sovereign debt of 27 BRI countries as "junk." An additional 14 do not receive a rating.

On the domestic front, a digital renminbi could potentially give the PBOC greater control over China's money supply and a larger role in policymaking. To be sure, the PBOC would be pleased to curb the dominance of private internet finance platforms like Alipay and WeChat Pay in China's payments network.

Blockchain technology would underpin a digital renminbi. In theory, the distributed ledger's private-key cryptography and resistance to tampering (we are't sure it's entirely "tamper proof") will greatly reduce the possibility of malfeasance, whether counterfeiting, illegal transactions, or otherwise. China's digital fiat currency will reportedly include a digital RMB wallet client, a verification center containing identity information, a registration center containing a ledger that tracks all aspects of currency activity, and a "big-data analysis center" that will analyze payment behavior and combat money laundering, among other things.

"By developing a centrally controlled digital currency, the PBOC will have a powerful new surveillance mechanism which it can use to squeeze the cash economy," concludes Luke Deer, a University of Sydney banking and finance professor, in a November Nikkei Asian Review commentary. "The result would be a much more powerful central bank within China as well as internationally."

More in this category: « China steps up efforts to rein in crypto with WeChat trading ban How will Facebook's Libra affect China's fintech development? »
back to top
© 2007 - 2021 Kapronasia