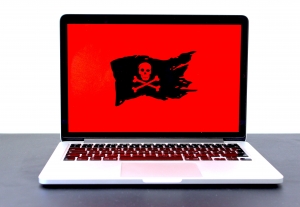 North Korea's growing nuclear program has long been a point of contention between the U.S. and China. Beijing prefers to handle its mercurial neighbor with kid gloves while Washington favors a tougher approach, namely economic sanctions. To evade sanctions in the digital age, Pyongyang has upped its hacking game. Both banks and cryptocurrency exchanges are victims. Digital currency offers North Korea a way to raise funds and do business outside the US dollar led global financial system. North Korea stole more than US$2 billion from both traditional financial institutions and crypto exchanges - including South Korea's Bitthumb - the United Nations said in an Aug. 2019 report.

According to the Justice Department, Tian and Li laundered the stolen virtual currency - obtained largely from hacking crypto exchanges - between December 2017 and April 2019. They operated through independent as well as linked accounts and provided virtual currency transmission services for a fee for customers. The defendants failed to register with the Treasury Department's Financial Crimes Enforcement Network (FinCEN), a requirement (with few exceptions) for a money services business operating in the United States.

The US$100 million that Tian and Li allegedly helped launder is just the tip of the iceberg. According to the Justice Department, North Korean hackers stole a total of US$250 million from virtual-currency exchanges in 2018. They used automated transactions to throw law enforcement off their trail and evaded KYC controls with doctored photographs and falsified identification documentation. Some of the laundered funds were used to pay for infrastructure North Korean hackers used in further attacks on the financial sector. North Korean hackers later stole an additional US$48.5 million from a South Korean crypto exchange.

“The hacking of virtual currency exchanges and related money laundering for the benefit of North Korean actors poses a grave threat to the security and integrity of the global financial system,” U.S. Attorney Timothy J. Shea of the District of Columbia said a Justice Department statement.

As North Korea's largest trading partner, China often finds itself in the crosshairs of U.S. sanctions on the Hermit Kingdom. In July 2019, a U.S. appeals court upheld a ruling by an American judge which had held three major Chinese banks in contempt for failing to hand over information related to a probe on North Korea's sanctions violations. The banks said that the Chinese government had told them not to comply with the subpoena. The U.S. Justice Department has accused the banks of working with a front company based in Hong Kong that allegedly laundered more than $100 million for Pyongyang's Foreign Trade Bank.

Tags:
More in this category: « Digital yuan initiative puts pressure on U.S. to up its virtual currency game China's burgeoning blockchain bandwagon »
back to top
© 2007 - 2021 Kapronasia